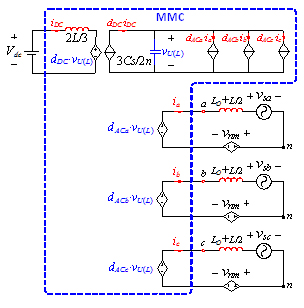 Fig. 1. Equivalent circuit of terminal behavioral model.
The modular multilevel converter (MMC) was originally developed for high-voltage DC (HVDC) transmission. However, it has been increasingly considered for medium- and high-voltage industrial and grid applications because it features high modularity, good voltage scalability, and the capability to operate in direct-to-line mode without a dedicated transformer.

The topology of the MMC has been modified since its invention. The original version was composed of half-bridge modules without inductors in the phase-leg arms. It was able to output sinusoidal voltage with low total harmonic distortion by using the appropriate control approach. However, the inrush currents in the arms were significant during the transient of switching the modules. To resolve this problem, additional inductors were put in series with the modules on each arm, which provided the MMC with the capability of limiting and controlling the arm currents.

Given the MMC's complex structure and operation, significant effort has been devoted to the development of appropriate controls for the MMC, and to the analysis of its circuit behavior, such as capacitor voltage imbalance and large circulating current. Prior to addressing these problems, it is necessary to determine the quantitative relationship between all state variables by building a faithful mathematical model of the MMC, which is of great importance and is indispensable in gaining real insight into the topology. The models of the MMC developed so far differ from each other in different degrees of assumptions and simplification. Most of these models are steady-state, whether sinusoidal or phasor-based, or assume that the module capacitors are DC sources (Fig. 1). Some models based on switching functions are transformed into average models, and thus the intrinsic nature of the, converter might not be fully understood, veiling possible operation modes. The other switching models that don't select appropriate state variables can offer very limited help to interpret the behaviors of the MMC. To this end, we propose a complete state-space switching model for MMCs that is derived mathematically without any of the assumptions made in other previous models, enabling the observation of circuit behaviors from a very fundamental point of view.

Fig. 2. Equivalent circuit of 2-level MMC with one module per arm.