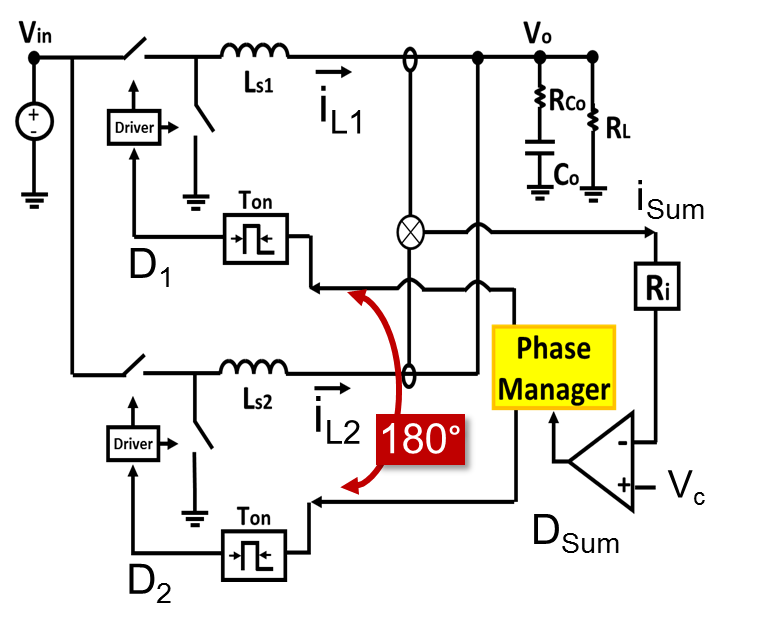 Fig. 1. Conventional COT current mode control structure
Ripple based constant on time (COT) current mode control is widely used these days, for its excellent small signal property. Fig.1 shows a 2-phase COT current mode control structure with a pulse distribution method where the summation of all phase inductor currents (Isum) interact with the voltage loop compensator output (Vc) to generate the duty cycle. The issue of this control is that when the duty cycle approaches the ripple cancellation point (where summation of the inductor current ripple becomes zero, i.e. D=0.5 for 2-phase operation) the ripple becomes smaller and smaller. This ripple cancellation effect at different multiphase operations is shown in Fig. 2. In Fig 3, we can see that when duty is close to the ripple cancellation point (D≈0.4 for 2-phase), the inductor current ripple becomes very small. In that case, any noise in Vc or Isum can create jittering at the output and control becomes very noise sensitive.

This paper proposes a new COT control method based on the inverse charge control con-cept. In Fig 4, a 2-phase constant on time current mode control with proposed structure is shown. In this control, unlike a conventional COT, Vc- Isum is used to charge a capacitor and every cycle cap voltage (Vramp) is compared with a VTH to generate the duty cycle for control. The advantage of the proposed IQCOT control is that, since it is not ripple based controlled when duty cycle approaches the ripple cancellation point and the inductor current ripple becomes very small, there is no noise impact because modulation depends on Vramp signal, which is still very large. Furthermore, at the ripple cancellation point when ripple is zero, the converter can still do its regular operation because Vramp can still be generated by the voltage difference between Vc and IL*Ri. This is shown in Fig. 5, where for 4 phases the converter operates at the ripple cancellation point (at D=0.25 for 4-ph) and the ripple current summation ILsum is zero. However, fsw is decided by the Vramp signal which is 2V in this case. Fig 6 shows the test results of the proposed control where we can see that a 2-phase operation with D=0.5 where Isum is almost negligible. 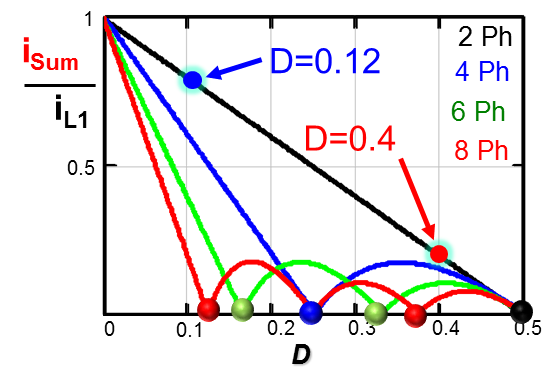 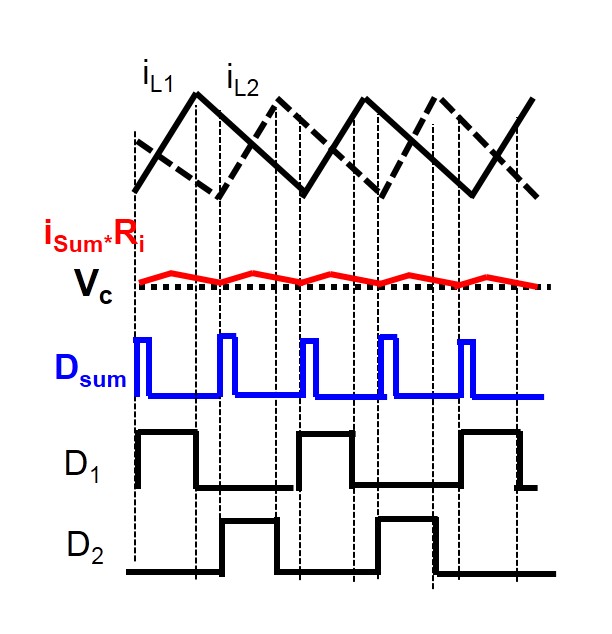 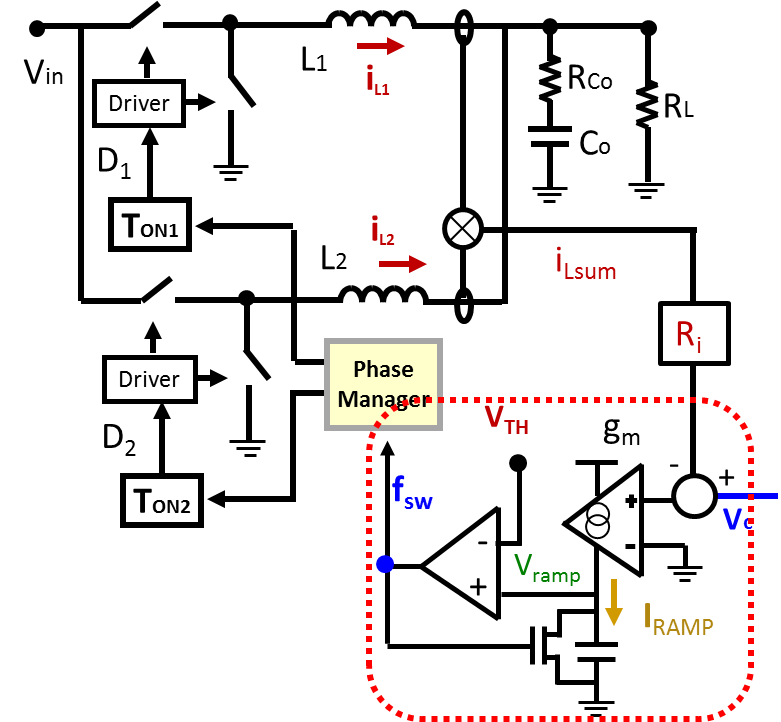 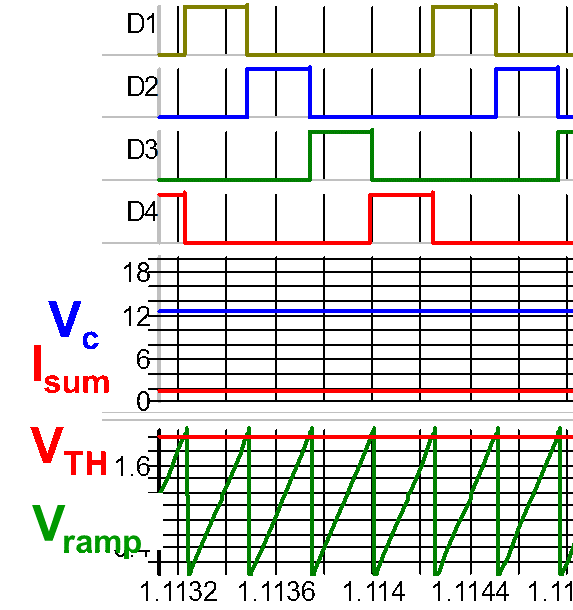 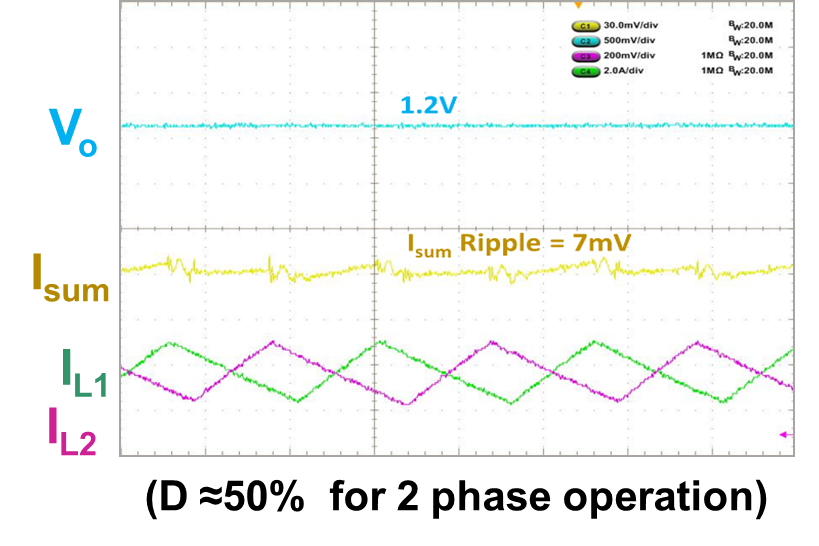