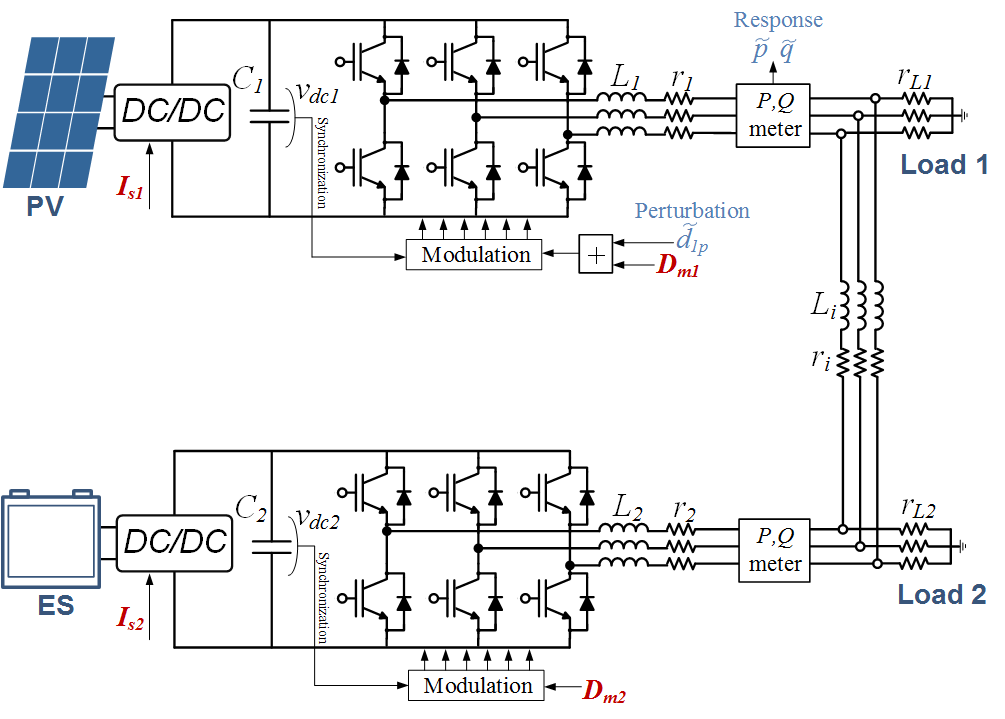 Fig. 1. Two-source and two-load-interconnected system as a benchmark for online stability monitoring.
The advancement of power electronics has been a key enabler of the vast proliferation of renewable energy sources in the electrical power grid over the past several years, acting both as an energy source interface and as compensation asset in HVDC and FACTS-supported ac systems for energy transport. This trend, together with the ever-increasing deployment of electronically-interfaced loads, as well as the increasing penetration of microgrids, is fundamentally changing the nature of the sources and the loads in the electrical grid, altering their conventionally mild aggregate dynamics, and inflicting low- and high- frequency dynamic interactions that did not exist before. Consequently, high dispersion of power electronics into the future grid will largely depend on engineers' capability to understand, model, and dynamically control power sharing and subsystem interactions.

With the recent revision of the IEEE 1547 standard so that it now allows distributed generation to regulate voltage at the point of common coupling, numerous research groups have started exploring unconventional ways to control grid-interface converters. Such a change requires new concepts for advanced control of all energy flows in order to improve system stability, energy availability, and reliability. This paper presents a grid-interface converter that behaves as a synchronous machine, and shows how its adaptive virtual inertia can mitigate instability caused by partial loss of generation. Additionally, it shows one of the ways to implement an online stability monitoring function by observing small-signal active and reactive power at the converter terminals.