The gain characteristics of the LCCL-LC resonant converter in different coupling conditions are shown in Fig. 2. In this figure, it's easy to see that fo is independent of the coupling condition, which means that this converter can always operate at an optimal point in variable coupling cases. Besides, ZVS operation in the blue region can be guaranteed due to existence of f1. Therefore, the LCCL-LC resonant converter is very suitable for WPT applications and more topologies with similar characteristics will be provided in the full paper. 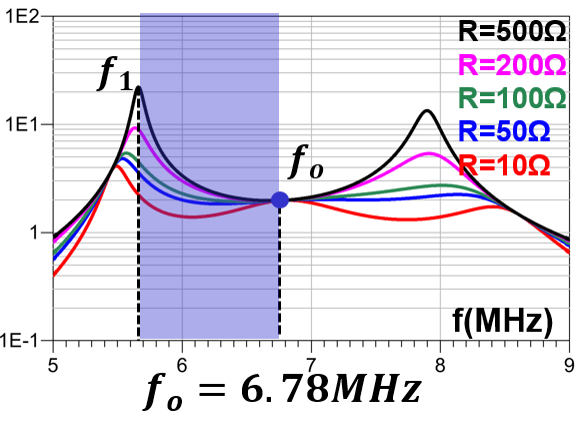 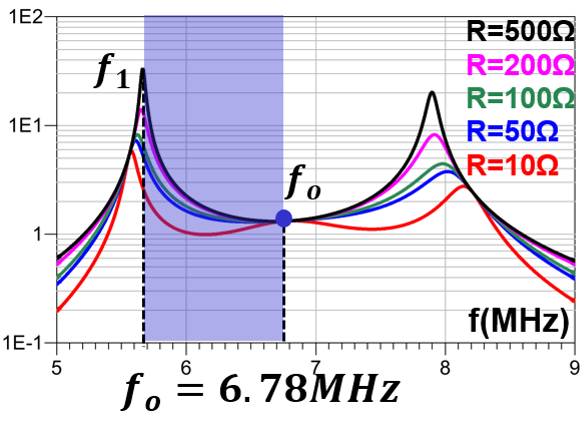