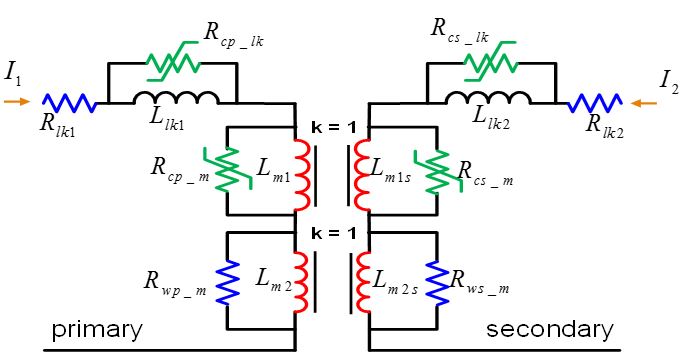 Compared to the conventional equivalent circuit for coupled windings, the model herein is capable of predicting the winding loss when the phase shift between the primary and secondary currents is swept from 0 to 360 degrees. 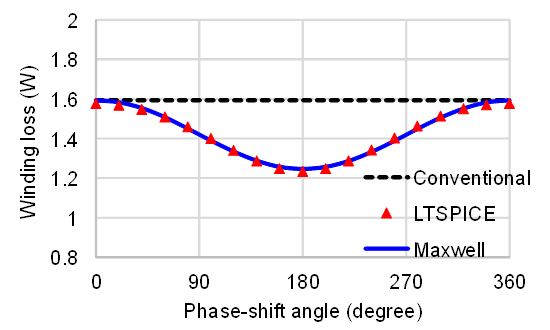