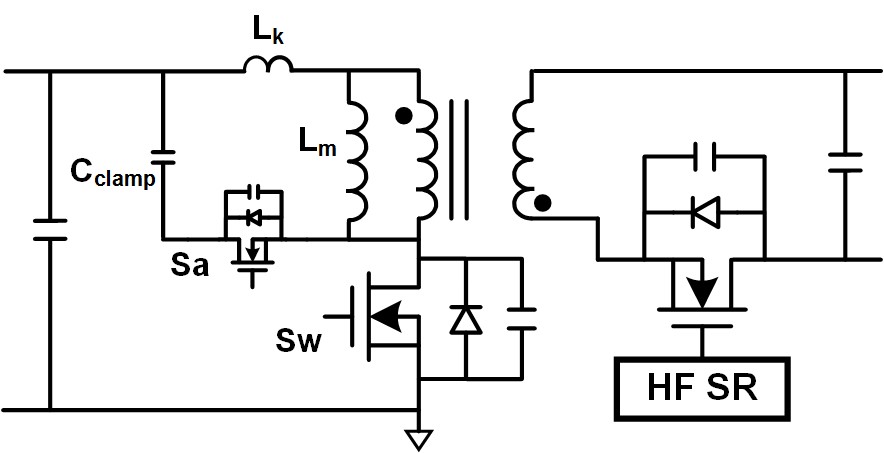 Fig. 1. Active clamp flyback converter
Universal ac-dc adapters for consumer electronics represent one of the biggest market sectors for power supplies, in terms of both volume and revenue. While progress on all forms of mobile devices is moving at an amazing rate, with ever-increasing performance and shrinking size and weight, their adapter counterparts continue to be relatively bulky and are capable of only meager power density. Most of the adapters in mass production today operate at relatively low frequencies (<200 kHz) and with an efficiency below 92% and power density below 12W/in3. A few industry pioneers, such as Finsix, have tried to develop high-density universal adapters with different topologies operating at higher frequencies, and have achieved encouraging results in terms of power density, reaching 21W/in3, which is the best in the market. However, the efficiency over a wide input line range can't be optimized due to topology limitations.

The emerging wide-band-gap devices, such as gallium nitride (GaN) devices, have a much lower gate charge and lower output capacitance than traditional devices. Therefore, these devices are capable of operating at a considerably higher switching frequency while maintaining high efficiency, and make it possible to shrink the size of the adapter significantly.

In 2013, Intel's fourth-generation microprocessor, Haswell, integrated a voltage regulator module into the internal CPU. These fully integrated voltage regulators (iVR) can achieve more precise power control and decrease power consumption by 40-60%. The second-generation iVR has been successfully used in Broadwell microprocessors developed by Intel in 2015, which can save more power than the first generation microprocessors. As a result, a wall adapter with 45W or below will power most laptop and notebook computers, and the 45W adapter has become the mainstream for laptop power supplies. By following the design procedure of the 65W adapter, a MHz prototype of the 45W adapter with 20V/2.25A output was built and can achieve 93% peak efficiency. Its power density is 25W/in3 including the case. A picture of the prototype is shown in Fig. 2. Meanwhile, based on the same prototype, different output conditions (15V/3A) with closed-loop control were tested under a lower frequency range, and the prototype can also achieve very high efficiency under these conditions. Fig. 3 shows the efficiency curves of the prototype compared with those of the state-of-the-art product, and a roadmap for adapters is shown in Fig. 4. 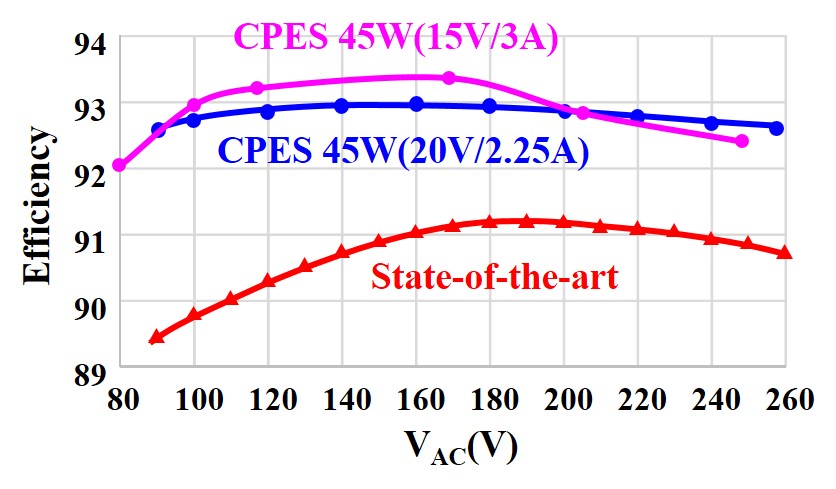 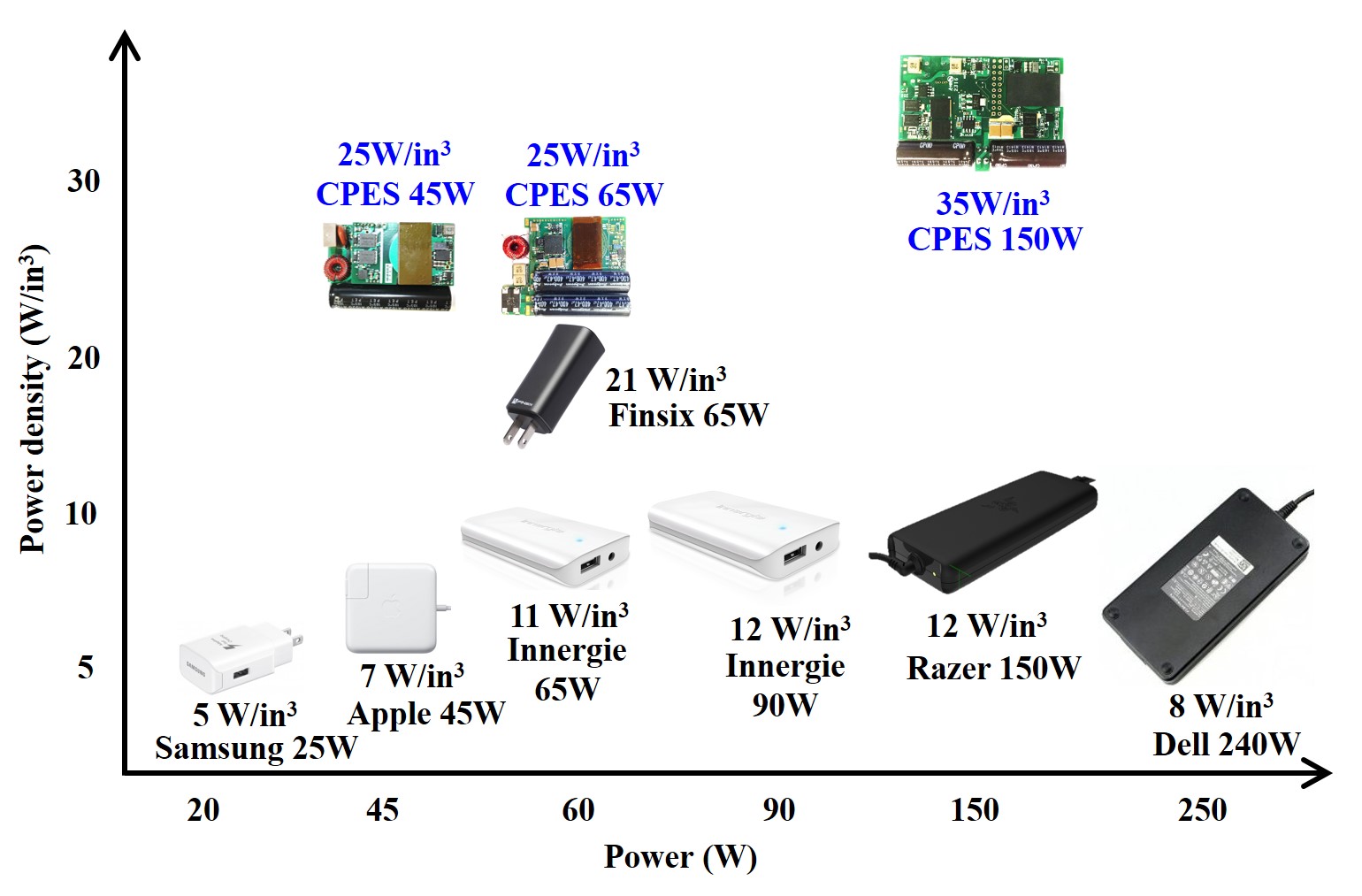