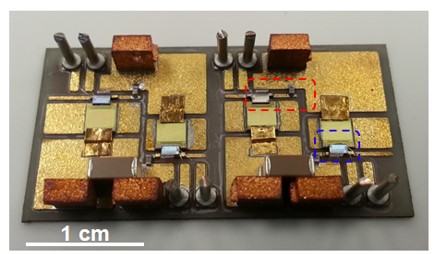 Fig. 1. Fabricated GaN-based full-bridge power module with new features.
The totem-pole bridgeless power factor correction (PFC) rectifier has recently gained popularity for ac-dc power conversion. The emerging gallium nitride (GaN) high-electron-mobility transistor (HEMT), having a small body diode reverse recovery effect and low switching loss, is a promising device for use in the totem-pole approach. The design, fabrication, and thermal analysis of a GaN-based full-bridge multi-chip module (MCM) for totem-pole bridgeless PFC rectifier are introduced in this work. Four cascode GaN devices using the same pair of high-voltage GaN HEMT and low-voltage silicon (Si) power metal-oxide-semiconductor field-effect transistor (MOSFET) chips, as used in the discrete TO-220 package, were integrated onto one aluminum nitride direct-bonded-copper (AlN-DBC) substrate in a newly designed MCM. This integrated power module achieves the same function as four discrete devices mounted on the circuit board. In this module design, the Si and GaN bare die were arranged in a stack-die format for each cascode device to eliminate the critical common source inductance, and thus to reduce parasitic ringing at turn-off transients. In addition, an extra capacitor was added in parallel with the drain-source terminals of the Si MOSFET in each cascode GaN device to compensate for the mismatched junction capacitance between the Si MOSFET and GaN HEMT, which could accomplish the internal zero-voltage switching of the GaN device and reduce its turn-on loss. The AlN-DBC substrate and the flip-chip format were also applied in the module design. This GaN-based MCM shows an improved heat dissipation capability based on the thermal analysis and comparison with the discrete GaN de-vice. The totem-pole bridgeless PFC rectifier built using this integrated power module is ex-pected to have a peak efficiency of higher than 99% with a projected power density greater than 400 W/in3. 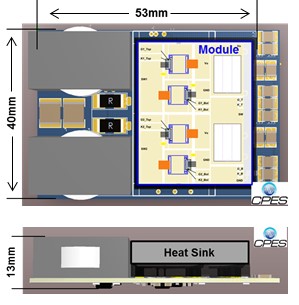