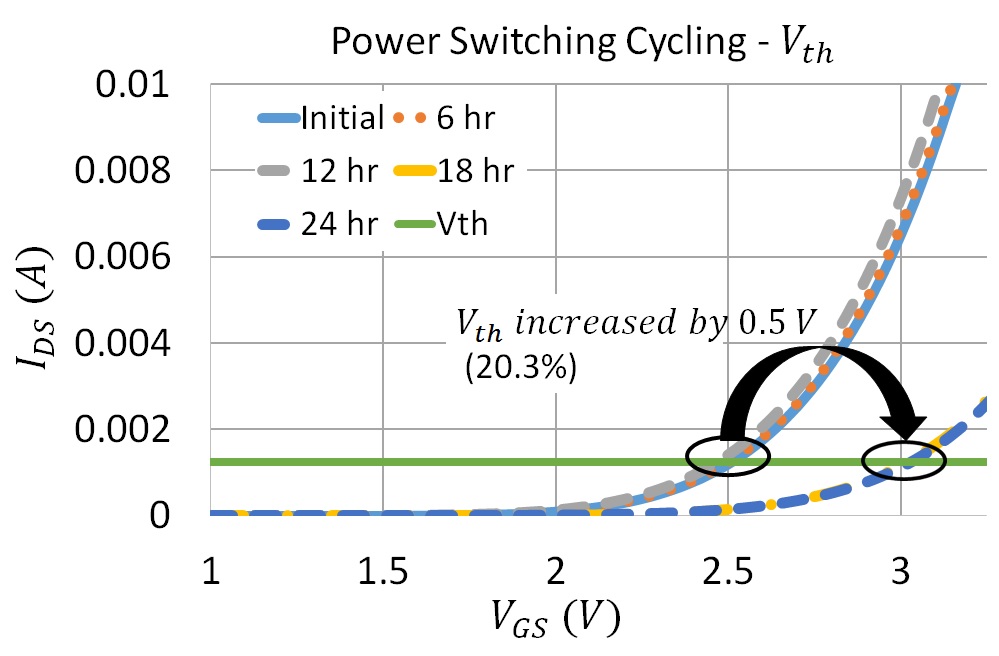 Fig. 1. Changes in threshold voltage from power switching cycling.
The integration of silicon-carbide (SiC) power metal-oxide-semiconductor field-effect transistors (MOSFETs) is an attractive option for advancing power electronic systems, yet the system reliability of these new devices remains in question. This work presents two accelerated test experiments to further investigate the packaging and semiconductor failures of a TO-247 SiC MOSFET. First, a variation on power cycling experiments (power switching cycling) is introduced. Traditional power cycling experiments utilize conduction losses to self-heat the device, during which a large temperature swing causes degradation at the packaging level. However, by decreasing the on-time, such that the device only turns on and immediately turns off, the temperature swing is decreased and the semiconductor itself is degraded.

This work shows experimental device degradation caused by continuous switching events (power switching cycling) at 90 percent of the devices breakdown voltage. Threshold voltage and on-resistance measurements have been taken every six hours. Changes in the threshold voltage from power switching cycling are shown in Fig. 1. As illustrated, the semiconductor itself is being degraded through the transient electric field generated through continuous switching events.

Thermal cycling experiments have also been conducted between -40° C and 175° C in order to observe degradation in the mechanical packaging of the device. Measurements of threshold voltage and on-resistance were taken every 500 cycles. The normalized changes in ON-resistance are shown in Fig. 2. These changes are caused by the degradation of the interconnections of the package itself, and not the semiconductor. The results from both experiments also illustrate the spectrum between device and package degradation from accelerated test methods. 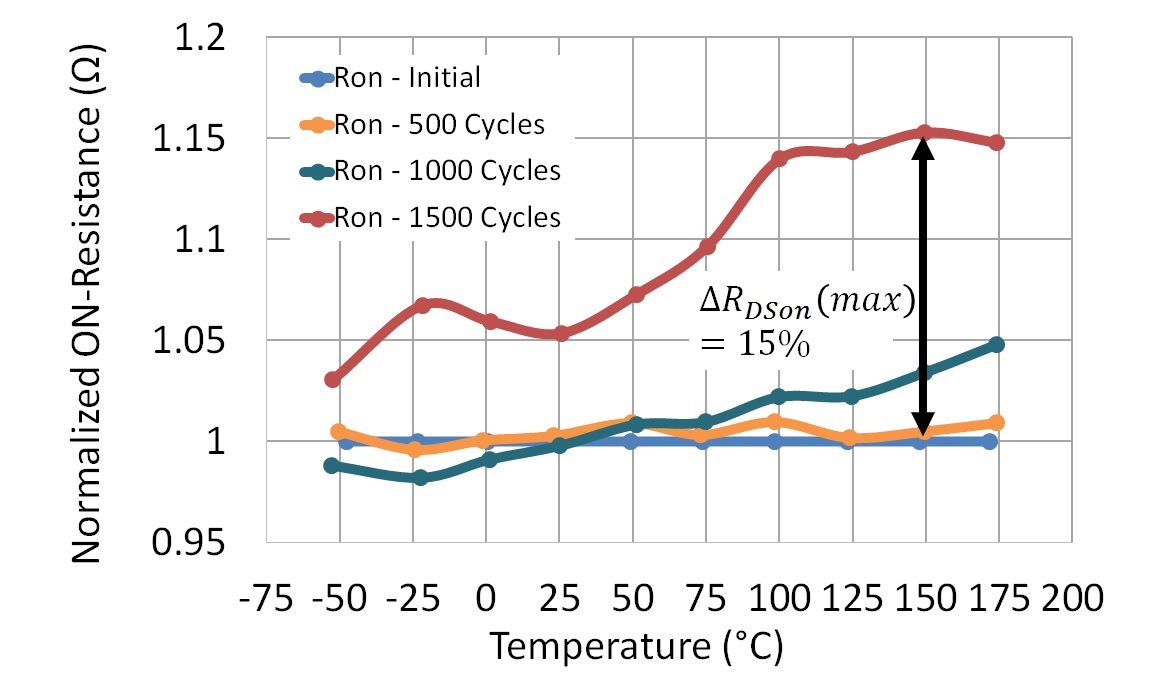