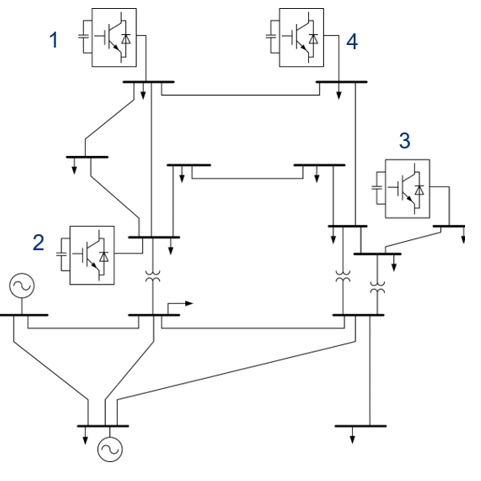 Fig. 1. IEEE 14-bus system with four STATCOMs.
Static synchronous compensator (STATCOM) control issues have been found to cause stability problems in power systems with multiple STATCOMs. The impedance-based stability criterion (derived from the Nyquist stability criterion) has proven to be a powerful tool for small-signal stability analysis and design. This paper addresses the stability issue from the standpoint of impedance, and discusses those features relative to the STATCOM. The interactions between STATCOMs are also analyzed in terms of dq-frame impedances with respect to different control parameters. Compared to the previously reported instability patterns of multiple converters in ac systems, STATCOMs are found able to interact with each other mainly through ac voltage-loop control, instead of using a phase-locked loop, in a new way that has never before been reported.

Fig. 2: (a) Scaled-down two-STATCOM system, and (b) two measured impedances in the scaled-down system.