In order to achieve quadrangle control of the stacked FSBB converter, the intelligent gate driver was designed to integrate the sensing capabilities, including dedicated on-state and off-state voltage sensing circuits and the non-intrusive current sensor for each switching device. With fiber optic communication with the local controller, close-loop control can be achieved. Together with the gate driver integrated temperature sensor, the device on-resistance Rds-on can be estimated, and the device operation health status can be monitored. 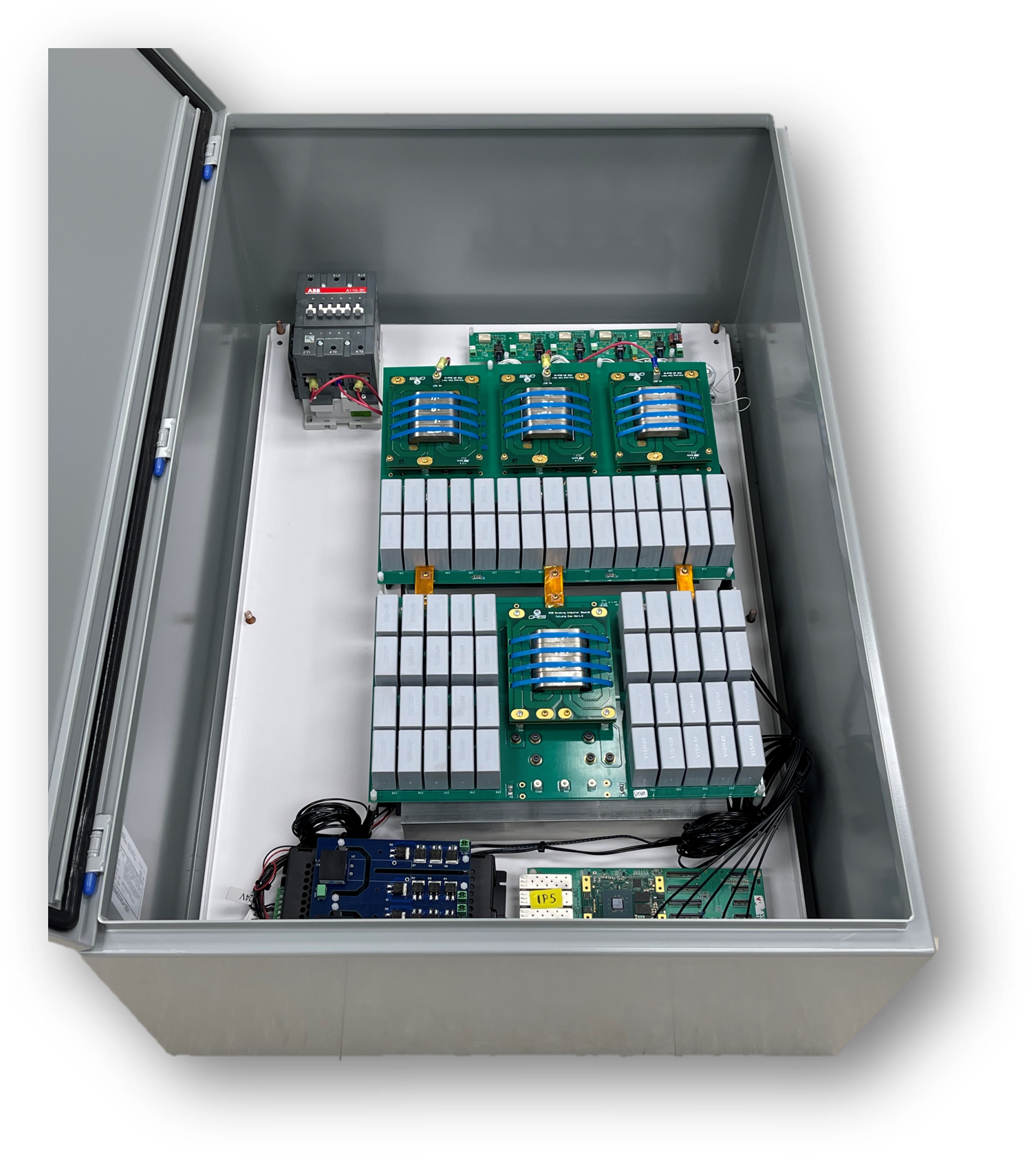