Fig. 1 Small signal Injection to PV panel
Solar photovoltaics (PV) panel has seen rapid growth for many years and is expected to grow further with a continuous decrease in the cost of technologies. Energy from the PV panel can be fetched and provided to the grid through a DC-DC converter and DC-AC inverter. PV panels are susceptible to a variety of faults such as hot spot fault, a line to line fault, open circuit fault, diode fault, ground fault, and many more. The nature of fault can be due to cabling, modules, converter, inverter, and protection. A PV panel comprises multiple PV cells, each PV cell has its series and parallel resistances and parallel capacitance. PV system opera-tion varies by changes in voltage biasing, illumination, and temperature.

Using power converters and inverters a small signal is injected into the PV panel as shown in Fig. 1 and the impedance of the PV panel is computed. Due to mismatching of electrical characteristics among PV cells, the PV string operates at a suboptimal point. The cause of mismatching can be manufacturing error, PV cell shading, or cell degradation. Partial shading of a PV cell can lead to the cell being operated in reverse bias condition. Thus, PV cells will be sinking power rather than source and leading to an increase in cell temperature. High PV cell temperature will eventually lead to cell degradation and create a hot spot (HS) in a PV mod-ule. A Simulink-based model is simulated with 20 monocrystalline PV cells under standard illumi-nation of 1000 W/m2 and temperature 25 °C. With fault conditions, the illumi-nation on the faulty PV cell is 0 W/m2 and temperature of 75 °C. The results are compared to experimental results. Under the low-frequency region, the magnitude of imped-ance for faulty PV cells is higher than the normal PV cells. For the mid-frequency region, the phase of impedance for the faulty PV cell is higher than the normal PV cell as shown in Fig. 2. 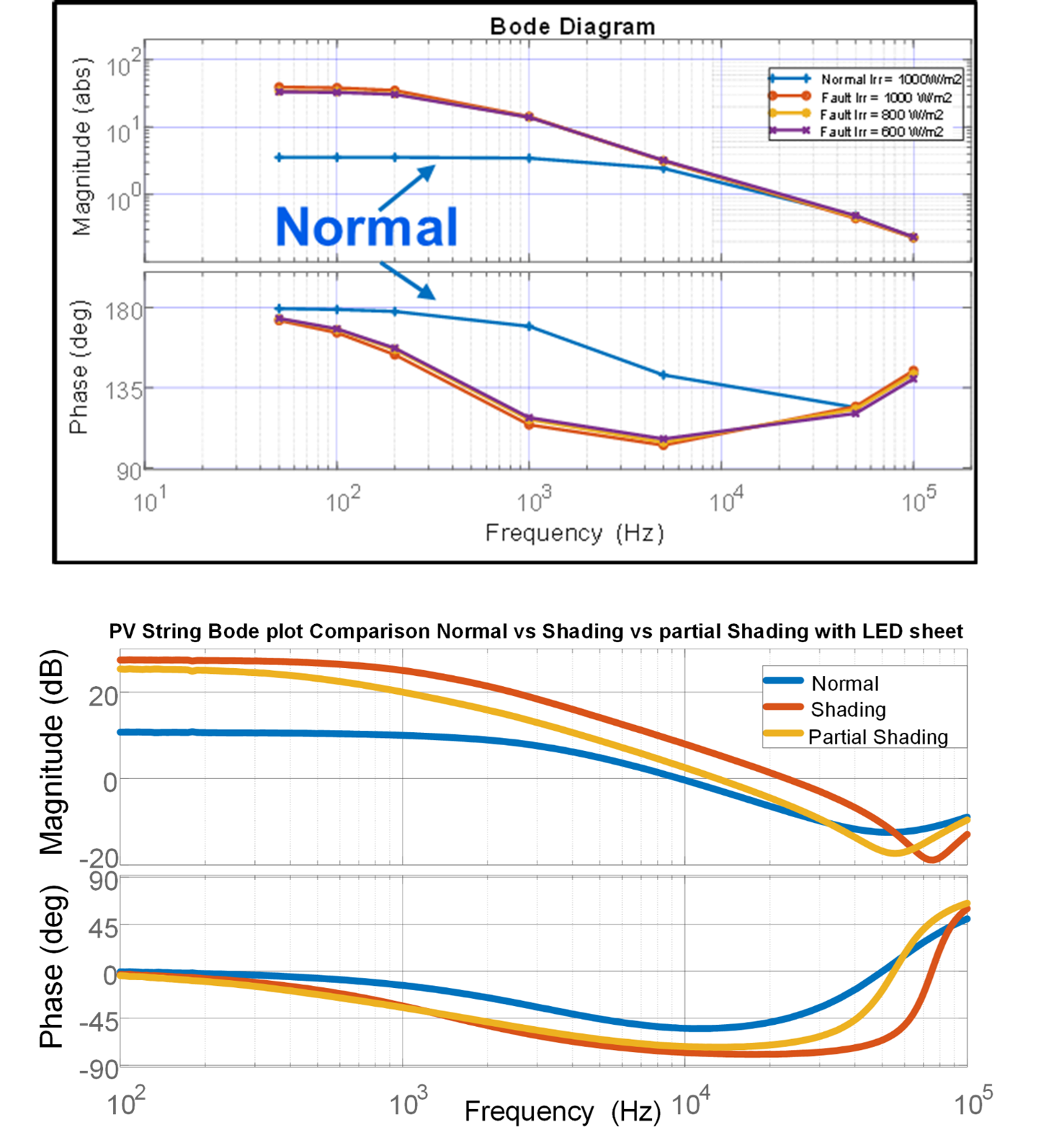