Fig. 1. Double sided power module package design for use with sintered silver device attachment.
Many new innovations have emerged in the power electronics industry to aid in meeting the expanded market demand. Interest in high temperature and high power applications has fueled new developments in wide bandgap semiconductor devices, such as GaN and SiC, which are capable of operating above 200°C. However, silicon devices are still prevalent in the marketplace and offer significant power ratings at affordable prices. For this reason alone, silicon devices will continue to be a mainstay in high power electronics systems. The key to offering functional and reliable silicon packages that can endure higher temperatures is through innovative thermal management and packaging. Effective thermal management of packaged devices can be accomplished through materials selection, design or a combination of the two.

In this paper, we outline the fabrication of functional double sided power module switching unit utilizing LTJT sintered silver for each interface. This symmetrical structure replaces the low thermally conductive encapsulation, normally used above attached devices, with an additional substrate which should theoretically half the package thermal resistance. Thermal resistance measurements and techniques for single sided power module packages are well documented and used extensively by module manufacturers. However, a three dimensional structure which allows for heat transfer through both the top and bottom substrates presents a new challenge for characterization.

In this paper, the thermal characteristics of a functional double sided power module were measured in all possible cooling scenarios. These measurements utilized a dual interface thermal insulating material (TIM) technique developed by MentorGraphics. The resulting improvements in thermal resistance of the sintered silver power module package and constructed thermal simulation models will be discussed for each cooling configuration. 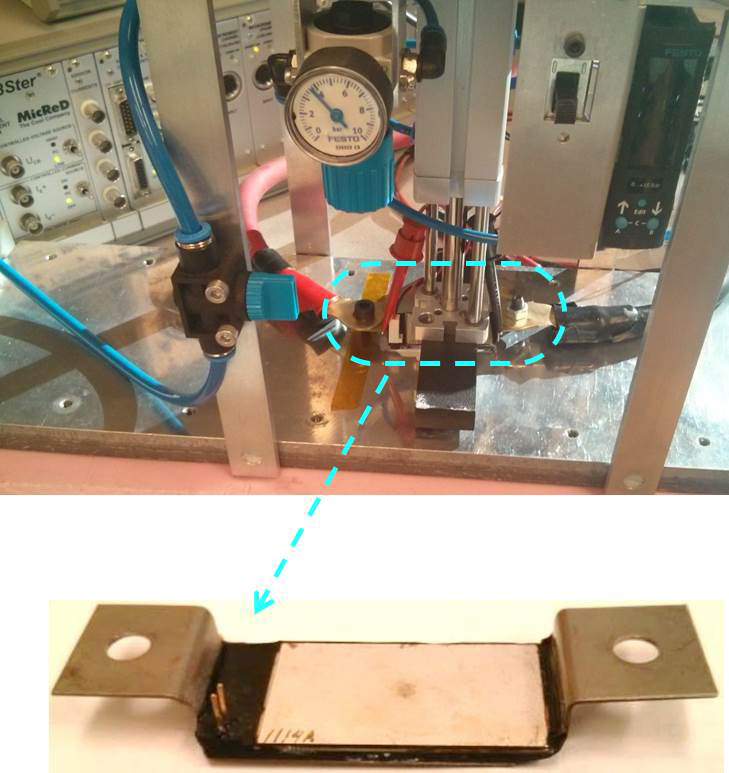