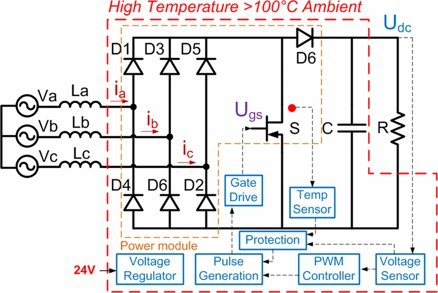 Fig. 1. System topology and configuration..
High-temperature (HT) converters have gained importance in industrial applications where the converters operate in a harsh environment, such as in hybrid electrical vehicles, aviation, and deep-earth petroleum exploration. These environments require the converter to have not only HT semiconductor devices made of SiC or GaN, but also reliable HT packaging, HT gate drives, and HT control electronics. We have developed a detailed design process for an HT SiC three-phase PWM rectifier that can operate at ambient temperatures above 100°C. A SiC HT planar structure packaging is designed for the main semiconductor devices, and an edge-triggered HT gate drive is also proposed to drive the designed power module. The system is designed to make use of available HT components, including passive components, silicon-on-insulator chips, and auxiliary components.

Taking into consideration the material available, SiC diodes and JFETs are used as the main circuit devices and are packaged in a novel HT planar structure. Besides the HT SiC power module, an HT transformer-isolated gate drive circuit is also proposed. Other functions; such as the harmonic filter and the control system, including protection and sensor functions; are designed according to the available HT silicon-on-insulator (SOI) ICs and HT passive components. Be-cause of both the simple topology and the simple control, a typical single-switch three-phase boost PFC circuit is used to demonstrate the concept of HT converter design. The structure and topology for the three-phase ac/dc rectifier are shown in Fig. 1. The power module is composed of seven SiC diodes and one normally ON SiC JFET. The first six diodes are utilized as a diode rectifier stage, and another diode and JFET make up the second boost stage. The input voltage is lower than 100V (rms/phase), and the output voltage is regulated to 270V. The system's power rating is 1.4kW. 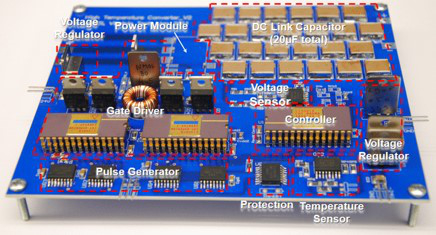