The modular multilevel converter (MMC) has become a preferred choice for medium-voltage applications, since it has several benefits over two-level voltage source converters. Advantages such as its excellent harmonic performance, distributed energy storage, and near-ideal current and voltage scalability make this converter the most promising converter technology for high-voltage direct-current transmission systems as well. Power cells in an MMCa full-bridge or half-bridge circuit can be configured as a power electronics building block (PEBB). Over the past two decades, PEBB-based MMCs have gained increased attention due to low their maintenance cost and easy assembly and production.

Several aspects of MMCs, such as modulation implementation, control algorithm, and component selection, require a crucial insight and understanding of the converter's operation and dynamics. At early design stages, modeling and simulation as a set of design and development tools provide valuable perspectives on these topics. Prior to mass production, the design of power converters is often ensured via model-based production yield analysis, such as worst-case analysis or design for six sigma. These analyses ensure that the system performance will meet specifications, even with the expected variations in operating conditions and parameter values.

The above-mentioned computer-aided design techniques attempt to determine the effects of parameter variation on the circuit performance using Monte Carlo simulation. This effect is called "parametric uncertainty". However, the credibility of these model-based techniques depends entirely on the accuracy of the simulation models used, which has not been considered thus far. Heuristic safety factors are used instead, to compensate for the possible deviation of real system performance from the predictions made using modeling and simulation. This effect is often realized by comparing simulation and experimental results, and is known as "model form uncertainty". Modeling and design with parametric and model form uncertainty quantification aim at quantifying these two main sources of uncertainty in modeling and design of a power converter. This approach is capable of building confidence in modeling and simulation results in the presence of manufacturing variability, as well as modeling inaccuracies, and could potentially eliminate the need for heuristic safety factors.

The ultimate goal of this paper is to utilize this approach to improve the existing modeling practice used in the design of an MMC. First, the main limitations in applying this modeling and design technique to a complex power converter such as an MMC are investigated. A systematic study is then conducted to develop a simplified testbed for validation of the PEBB model in the design of an MMC. Lastly, the minimum required margins for the selected design variables at full power conditions are calculated based on low-power validation experiments of the developed simplified testbed. 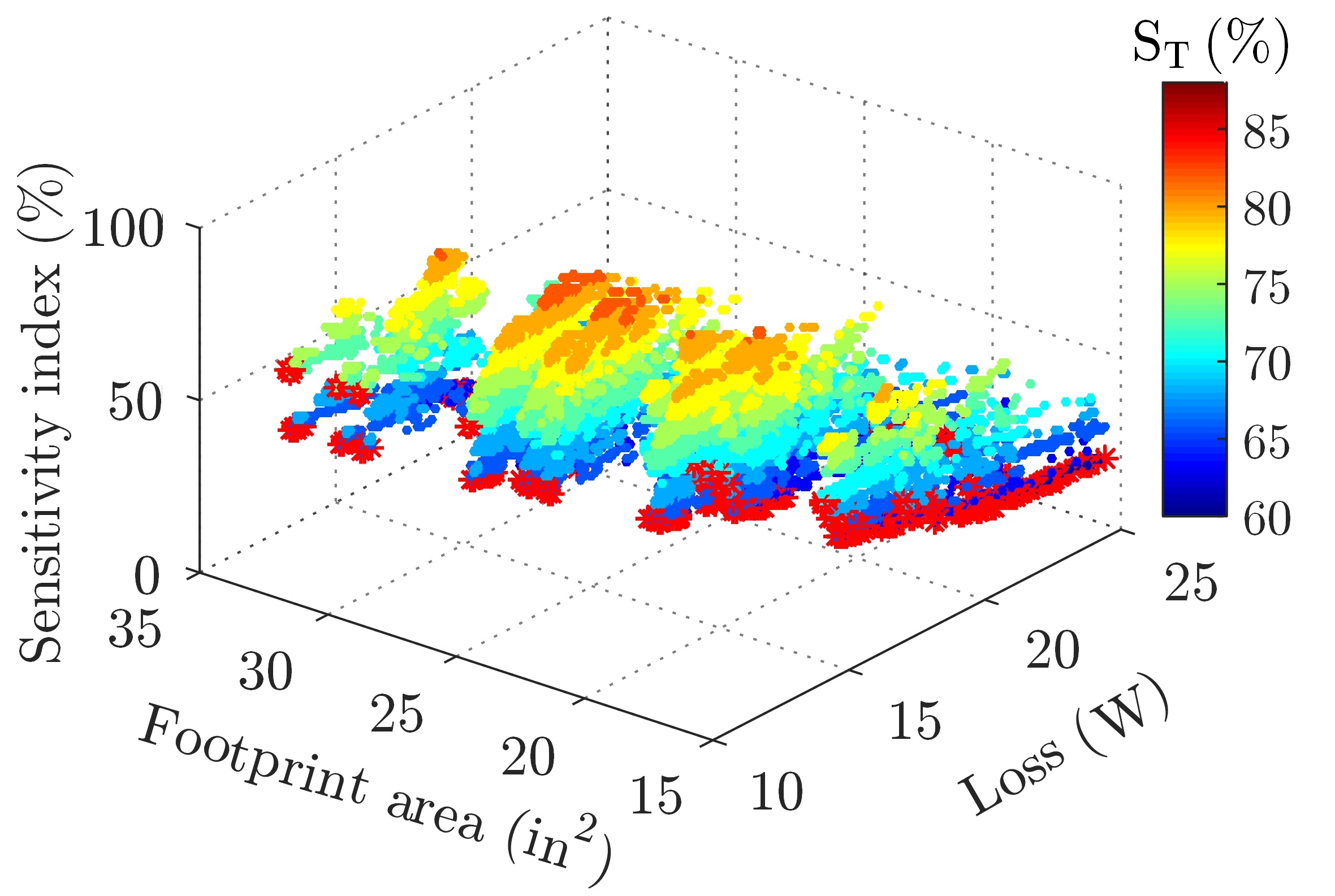