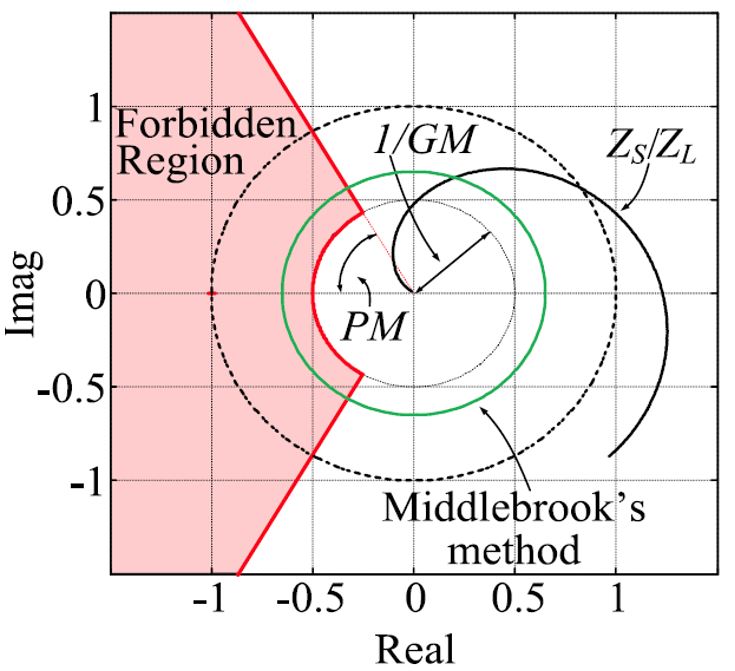 Fig. 1. Polar plot of a minor loop gain
Small-signal stability is of great concern for electrical power systems. Many techniques exist for stability analysis, including eigenvalues analysis based on the system state-space model, the loop gain, passivity-based analysis, and the impedance-based method, which is known to be a useful tool. The impedance-based method is used in many applications ranging from filter converter systems, to interconnected dc-dc and ac-ac systems. J. Sun proposes that the minor loop gain (Fig. 1) must be computed in a certain way to correctly predict the stability in a grid-tied inverter system. That is, the numerator is the internal impedance of a voltage source (the grid), and the denominator is the internal impedance of a subsystem containing a current sink or source (the inverter). This criterion works well for the grid-tied inverter systems.