This focus of this work proves the feasibility of printing multi-permeability cores to improve flux distribution. For the printer feedstock, magnetic pastes were formulated with varying compositions to provide a wide range of permeabilities. Two different material systems were developed: a high-temperature (greater than 900° C) pressureless sinterable ferrite, and a low-temperature (less than 250° C) pressureless curable powdered iron. For each of these two material systems, at least three paste formulations were prepared. For the purposes of demonstrating feasibility, three-permeability ferrite toroid cores and three-permeability powdered iron toroid cores were formulated.

An additive manufacturing method for fabricating multi-permeability magnetic cores in order to achieve more uniform magnetic flux distribution was presented. The printing platform is based on a commercial multi-extruder 3D printer to process magnetic pastes with different compositions into 3D structures. Two paste systems were developed, a high-temperature (greater than 900° C) pressureless sinterable ferrite and a low-temperature (less than 250° C) pressureless curable powdered iron. Both were shown to be compatible with the 3D printer and can be processed into cores with a wide range of relative permeabilities. For each magnetic material system, a three-ring toroid core was designed and 3D printed. Characterization of inductance versus dc current showed that multi-permeability inductors can significantly increase inductance density under dc current bias over inductors made with a single-permeability material. 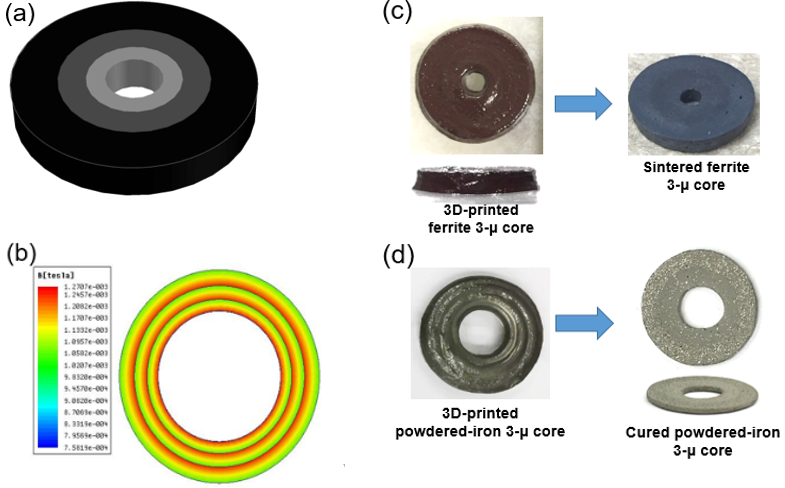 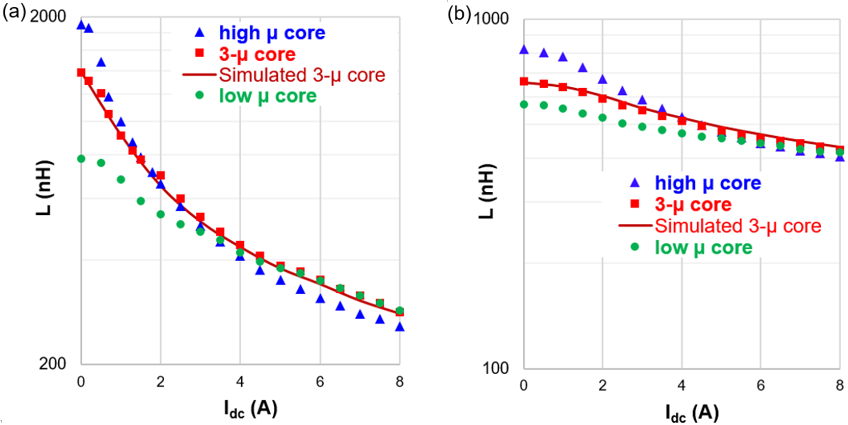 Fig. 2. Inductance versus dc current of (a) ferrite inductors and (b) powdered-iron inductors.