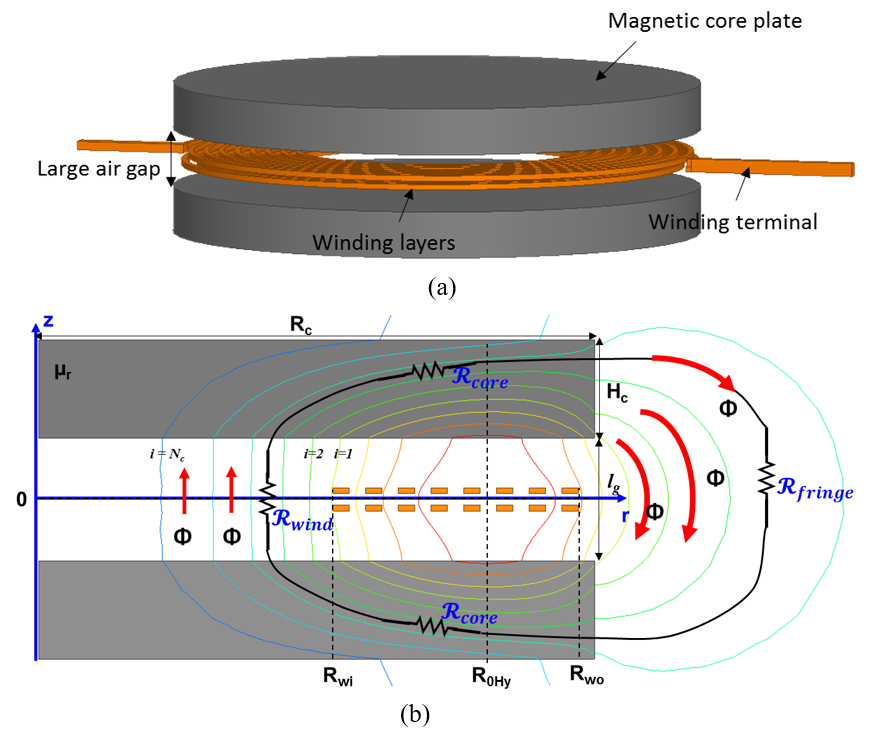 Fig. 1. (a) Plate-core inductor; (b) 2D cross-section view in cylindrical coordinates showing equal-flux contours and constituent reluctances of one path.
The plate-core structure discussed in this paper allows for efficient manufacturing since the core has no vertical bridges, in contrast to E-cores and PQ, cores for instance. The plate-core inductor comprises a spiral winding positioned between a top and bottom magnetic plate (Fig. 1.). This structure not only improves the inductance by more than 300 percent when compared to an air-core inductor, but also has the potential advantage of being compatible for integrated circuits.

The proportional reluctance, equal-flux (PREF) model is introduced to model the magnetic field distribution for the plate-core inductors with finite core dimension (Rwo ≈ Rc). The PREF model is motivated by generating equal-flux lines by making the reluctance of each path proportional to the Ampere turns. Two elliptical functions, a hyperbolic tangent function and Schwartz-Christoffel transformations, are used to model the shape of the flux lines guided by finite-element simulation (FES). The procedure to construct all the flux lines is demonstrated with an example. The number of total flux lines is governed by the selection of the initial path. The magnetic field at an arbitrary position is found from these equal-flux paths. The inductance (energy) based on the field modeled is verified by both FES and experimental results. Compared to existing modeling methods, the error for field calculation is reduced to less than 10 percent by considering the fringing behavior with a finite core dimension. The application of this method to coupled inductors, as well as ac losses calculation based on the field, will be covered in future publications.

Fig. 2. Shape of flux lines at the cross-sectional area and initialized path for calculation of total reluctance Rpath_1 and magnetic flux θ shown in Fig. 1.