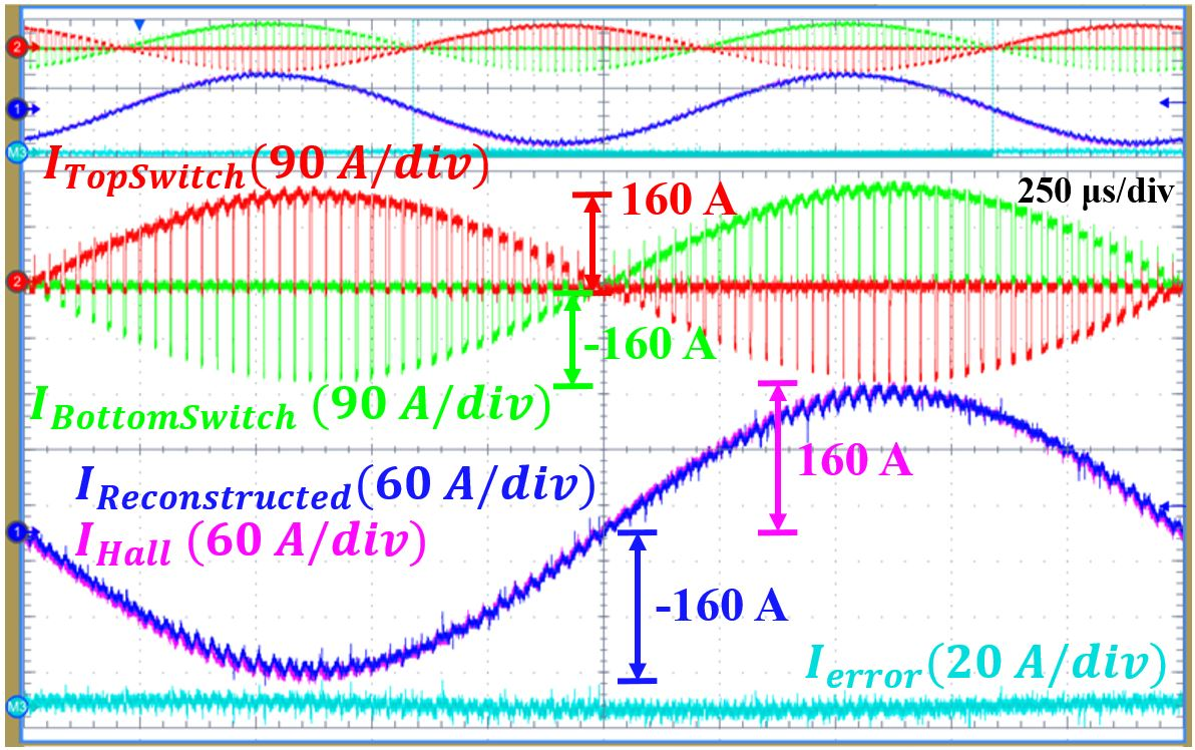 Fig. 1. Sensor performance during continuous PWM.
Silicon carbide (SiC) MOSFET power devices are becoming global solutions in applications such as inverters, due to their fast switching speed, low on-state resistance, and high working temperature, making them a replacement for conventional Si solutions. In the past, and out of necessity, a fast and reliable short-circuit (SC) protection method for SIC MOSFET devices was introduced and developed, which consisted of a PCB-embedded Rogowski switch current sensor (RSCS) integrated on the gate driver (GD). To increase power density and reduce cost and weight, other sensors, such as a Hall sensor, can possibly be substituted in SiC applications, and use the developed RSCSs to generate phase current on the GD. Outputting the phase current from the GD is possible by knowing the switch currents in the complete switching cycle and simply subtracting them. In order to subtract information between two currents in some types of digital signal processors, two analog-to-digital converters are em-ployed. A field programmable gate array (FPGA) is used for digital subtraction. A digital-to-analog converter is necessary to convert phase current information back to analog. Phase current information from the GD for a continuous pulse width modulation (CPWM) inverter can be sent back to the main controller for control purposes. This is shown in Fig. 1. Furthermore, the reconstructed waveform is compared with the commercially measured one and has a minimal delay of 1.6 µs, an error less than 3 A, and a linearity error of 2.5 percent. During clamped periods of discontinuous pulse width modulation (DPWM), the developed sensor will be inaccurate due to a severe integration error. This is because there is no reset signal. The problem of the inaccurate phase current during the clamped period can be overcome on the controller level. The sum of the currents in each instance is zero in motor control applications, indicating that one of the phases can be calculated as the negative sum of the currents in the two other phases. According to DPWM fundamentals, while one phase is clamped, the other two will be switching, signifying that the current coming from their GD is valid. Based on that, whenever one phase is clamped, current in that phase can be extracted from the other two phases on the controller, as shown in Fig. 2. This simple manipulation makes the on-board phase current sensor valid for both CPWM and DPWM. 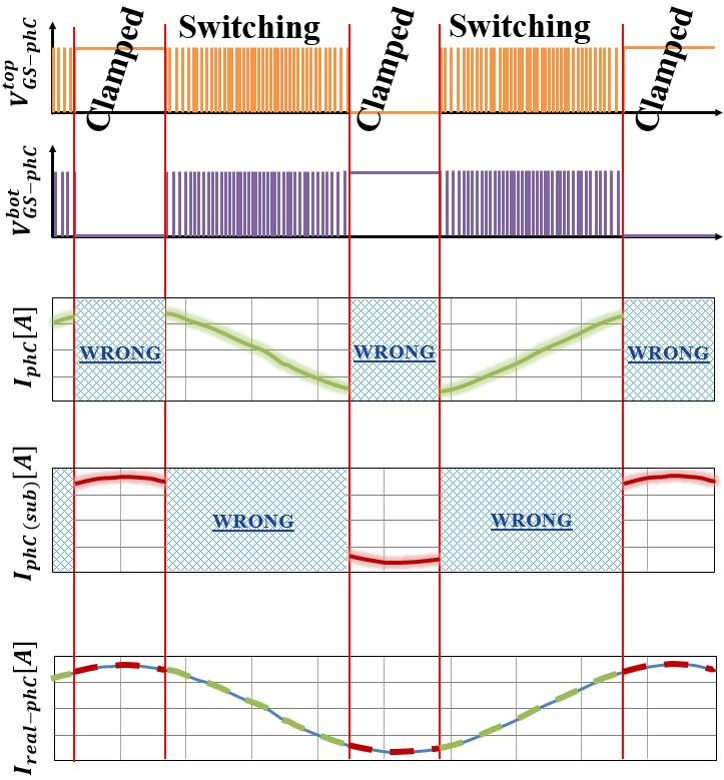