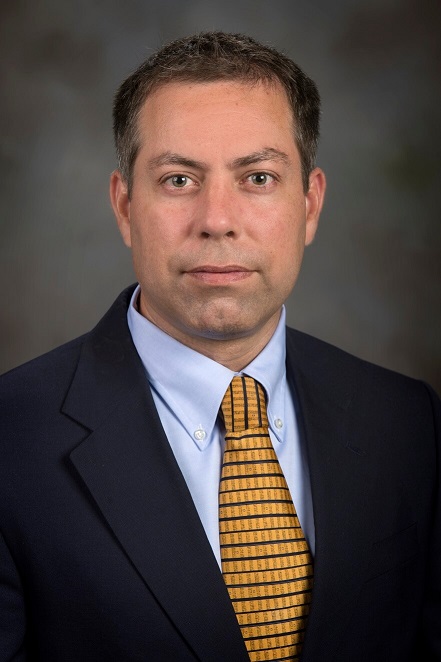 Rolando Burgos
Position: Professor (ECE)
Office: 662 Whittemore Hall, Virginia Tech
Email: rolando@vt.edu
Phone: (540)231-0034
Rolando Burgos (S'96 - M'03) was born in Concepcion, Chile, where he attended the University of Concepcion, earning his B.S. in Electronics Engineering in 1995 and a Professional Engineering degree in Electronics Engineering in 1997, graduating with honors. At the same institution he later earned his M.S. and Ph.D. degrees in Electrical Engineering in 1999 and 2002 respectively. In 2002 he joined the Center for Power Electronics Systems (CPES) at Virginia Polytechnic Institute and State University (Virginia Tech), in Blacksburg, VA, as Postdoctoral Fellow, where he became Research Scientist in 2003, and Research Assistant Professor in 2005. During this period he was primarily involved in the development and synthesis of high power density power electronics converters and distribution systems, co-advising several Ph.D. and Master students at CPES. In 2009 he became a Scientist with ABB Corporate Research, in Raleigh, NC, becoming Principal Scientist in 2010. This same year he was appointed Adjunct Associate Professor in the Electrical and Computer Engineering Department at North Carolina State University (NCSU). While at ABB, he was involved in the development of multi-level converter platforms for medium voltage industrial and grid applications. In 2012 Dr. Burgos returned to Virginia Tech as Associate Professor and CPES faculty in The Bradley Department of Electrical and Computer Engineering. He earned an early-decision tenure in June 2017, and was promoted to Professor in June 2019. Since 2017 he was also a member of the CPES Executive Board. On July 1, 2021 he accepted the role of CPES Director. His research interests include multi-phase multi-level modular power conversion, grid power electronics applications, high power density power converters, the stability of ac and dc electronic power systems, hierarchical modeling, and control theory and applications. He has co-directed and participated in more than 80 sponsored research projects in this area, and coauthored over 460 peer-reviewed technical publications, including more than 80 journal articles; he has received seven prize paper awards. Dr. Burgos is the Chair of the technical committee on "Power and Control Core Technologies" of the IEEE Power Electronics Society, and associate editor of the IEEE Transactions on Power Electronics, IEEE Journal of Emerging and Selected Topics in Power Electronics, and the IEEE Power Electronics Letters. He is a Member of the IEEE Power Electronics Society, Industry Applications Society, Industrial Electronics Society and the Power and Energy Society.