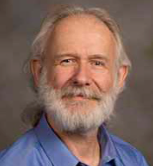 Dushan Boroyevich
Position: University Distinguished Professor
Office: 667 Whittemore Hall, Virginia Tech; 900 North Glebe Road, Rm. 4-012; Arlington, VA 22203
Email: dushan@vt.edu
Phone: (540) 231-4381
Dushan Boroyevich was born in 1952 in Zagreb, Croatia, in what then used to be Yugoslavia. In the same country, he earned a Dipl. Ing. degree from the University of Belgrade in 1976 and an M.S. degree from the University of Novi Sad in 1982, both in electrical engineering. Between 1976 and 1982 Dushan was instructor at the Institute for Power and Electronic Engineering of the University of Novi Sad, helping to establish the electronics program. He then joined Virginia Tech for three and a half years for doctoral studies with General Electric Co. Fellowship. After obtaining his Ph.D. degree in 1986, he returned to the University of Novi Sad as an assistant professor, where he founded the power and industrial electronics research and education programs.

In 1990, Dr. Boroyevich joined the Bradley Department of Electrical and Computer Engineering at Virginia Tech, as associate professor, and in 1996 became associate director of Virginia Power Electronics Center that was founded by Prof. Fred Lee ten years earlier. In 1998, Fred and Dushan led the team of faculty from Virginia Tech, University of Wisconsin-Madison, Rensselaer Polytechnic Institute, University of Puerto Rico-Mayaguez, and North Carolina A&T State University to win the US National Science Foundation funding for the first national engineering research center in the area of power electronics, the Center for Power Electronics Systems (CPES). With over 20 professors and over 200 students, working in partnership with more than 80 companies, CPES became the most renowned power electronics research and education center in the world. In addition to its alumni, probably the most enduring legacy of CPES was the paradigm shift in power electronics research towards higher levels of integration and modularization.

Dr. Boroyevich is now also the CPES Deputy Director and Virginia Tech's Associate Vice President for Research and Innovation in Energy Systems. He has led numerous research projects in the areas of multi-phase power conversion, electronic power distribution systems, modeling and control, and multi-disciplinary design optimization. He developed a comprehensive geometric approach to modeling and control of high-frequency switching power converters that is widely used in the analysis, design, and control of multi-phase ac power conversion systems. He has graduated almost 50 Ph.D. and 50 M.S. students, and has co-authored with them over 1000 technical publications and 20 patents.