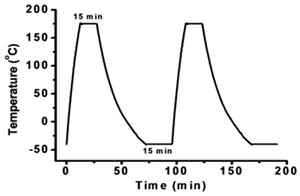 Fig. 1. Temperature cycling profile: -40°C ~ 175°C.
Selection of die-attach material is very important for high-temperature electronic packaging applications from the viewpoints of reliability and thermal management. Today, chips in the modules are bonded to the substrate using a lead-free or high-lead solder paste or solder preform films by following the solder-reflow process at temperatures from 260°C to over 300°C to melt and then solidify the solder alloy. However, solder alloys generally have low electrical and thermal conductivity. And the soldered chip joints are susceptible to fatigue failure under cyclic loading because of low yield strength and accumulation of high inelastic strains during deformation. This concern for the joint reliability becomes more troubling if the junction temperature is raised to 175°C or even higher as envisioned for some future systems. Consequently, in the quest for 175°C power modules, one of the foremost challenges to overcome is the low melting temperature of solder attachments. The increased operating temperature is very close to the melting point of the material, thus making the attachment susceptible to a host of thermo-mechanical and metallurgical problems.

We explored a strategy of using nanoscale metal particles to forming the attachment by a low-temperature sintering technique. This approach utilizes the large thermodynamic driving force for densification. Based on the science of sintering, the driving force for densification of a particle compact increases with decreasing particle size due to increasing surface area to volume ratio and particle surface curvature. Thus the densification rate, a product of thermodynamic driving force and kinetics of a nanoparticle compact can still be high at low temperatures despite low atomic diffusion coefficients at low temperatures.

This study focuses on evaluating the high-temperature reliability of nanoscale silver paste for large-area device attachment by means of passive temperature cycling, from -40°C to 175°C, as shown in Fig. 1. Parametric study firstly determines the type of the silver paste, processing profile, and the pressure applied during the sintering stage. Thermomechanical reliability of samples attached with nanoscale silver paste showed different failure mode from the samples attached with other high-temperature die-attach material, AuSn and AuGe solder alloys, shown in Fig. 2. Due to the low elastic modulus of the sintered joint, 9 GPa, thermomechanical stress generated between semiconductor chip and copper substrate is much smaller than samples bonded with solder alloys. 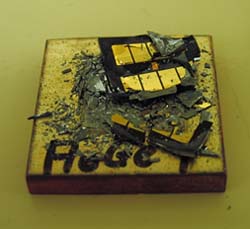 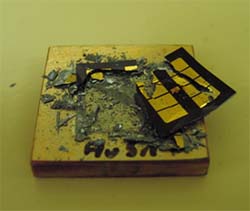 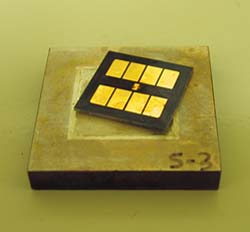