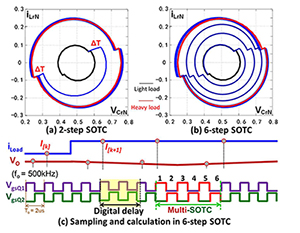 In summary, the proposed multi-step SOTC settles resonant tank within n-step instead of fixed 2-step, where n is selected based on delay of controller. Multi-step SOTC makes it feasible to use a low-cost MCU to control the high frequency LLC converter, while simultaneously achieving nearly the same performance as simplified optimal trajectory control. 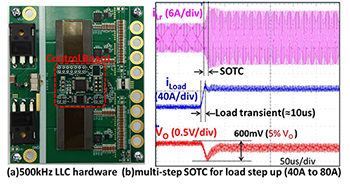