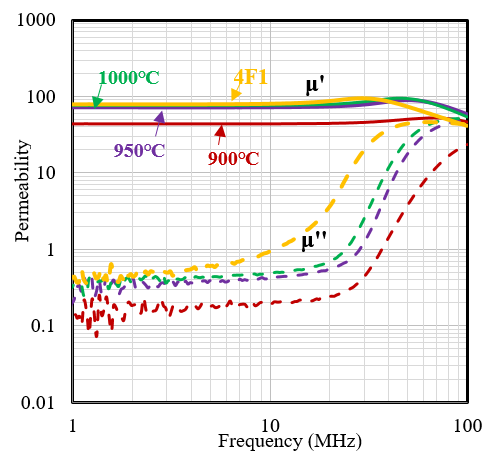 Fig. 1. Complex permeability of gelcast cores sintered at different peak temperatures and that of 4F1 core.
The integration of magnetic components in a high-frequency power electronics converter poses tough challenges because of the limited options of magnetic materials and manufacturing processes that make cores that have low core losses, high flux densities, and large permeability in and beyond the megahertz range. NiZn ferrite (including NiCuZn ferrite) is widely adopted in the megahertz frequency range because of its high electrical resistivity as well as high permeability. However, the traditional process for making ferrite components requires a high sintering temperature (> 900°C) and high pressure. For example, a popular NiZn ferrite, 4F1, needs to be fabricated at a high pressure in the megapascal range to form the core shape and then sintered over 1400°C to get desired properties. The process complexity prevents fabrication of magnetic cores having novel designs for shaping magnetic flux and thus impedes their integration in a power converter.

In this study, we used the pressure-less gelcasting process to fabricate a NiCuZn ferrite aimed at simplifying the integration of magnetic components for power electronics converters. A commercial NiCuZn powder was gelcast into toroid-shaped magnetic cores and then sintered at different peak temperatures. Both the complex permeabilities and core-loss densities at high magne tic flux density and high frequency were measured.

By varying the sintering temperature from 900°C to 1000°C, the real part of the permeability of the gelcast NiCuZn core could be improved from 44 to 77. For the gelcast core sintered at 950°C, its core-loss density at 5 MHz was found to be 50% lower than that of a commercial NiZn (4F1) ferrite core. Because of its ease, flexibility, and scalability, gelcasting has the potential to enable the integration of novel designs of magnetics for shaping and coupling magnetic fluxes aimed at achieving higher efficiency and power density of high-frequency power electronics converters. 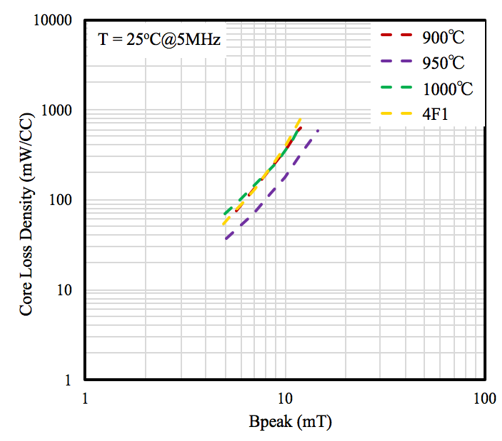