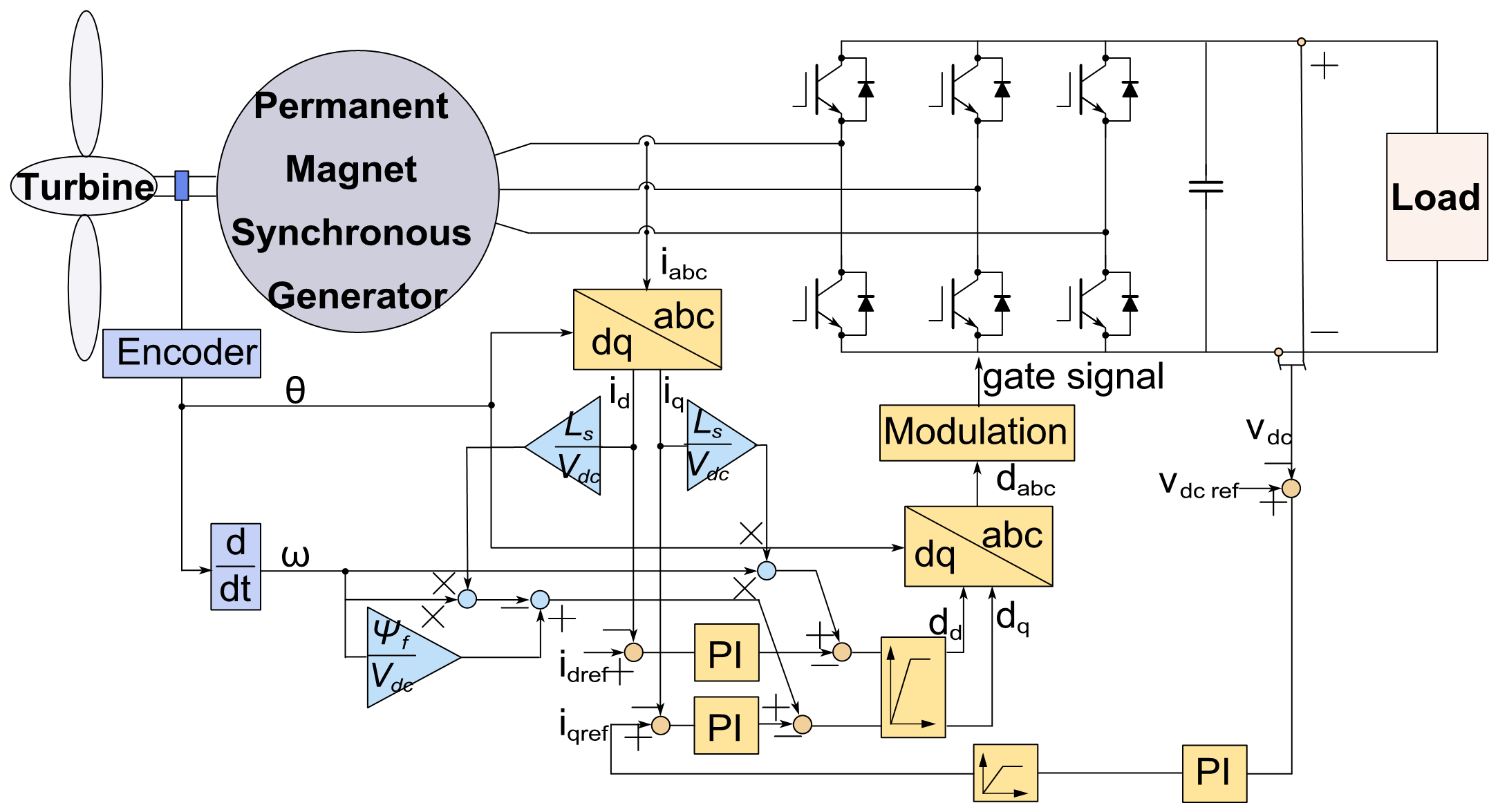 Fig. 1. Onboard DC distribution system.
More electric aircraft concept has been a trend in the aircraft industry to tackle the challenge of reducing cost and weight, reducing environmental emissions, and increasing fuel efficiency. This increase in onboard electric power installation has brought challenges in the design and operation of aircraft electrical power systems. Onboard electrical power is generated by turbofan-driven generators and transferred to multiple loads through a dc distribution system. Since the electrical system is tightly coupled with the mechanical system through the generators, it is an interesting question as to whether the generators would transfer disturbances from mechanical to electrical domain.To ensure electrical system normal operation during the whole flying profile, it is important to consider shaft dynamics' impact on the electrical system stability in the system design. By examining generator output impedance, this paper found that the impact of the shaft dynamics on the electrical power system stability is masked by the generator rectifier.
In this paper, an onboard HVDC system is studied, as shown in Fig. 1. The permanent magnet synchronous generator is rated at 1 MW, the dc bus voltage is rated at 1 kV. A dual-loop control strategy is applied to the generator, where the outer loop regulates dc bus voltage with a PI controller and provides the reference for iq, and the reference of id is set as 0 to achieve unity power factor control. The turbofan shaft is emulated using the open- source AGTF30 advanced geared turbofan engine system model. Multiple loads are connected to the dc bus through power electronics interface, which can be modeled as constant power loads.
Here the impedance-based stability criterion is used to access the stability condition of the dc distribution system. Therefore, to access the turbofan shaft dynamics' impact on system stability, it is necessary to derive the small- signal impedance of the source subsystem. The small signal model is shown in Fig. 2. It is found that the difference of the closed-loop output impedance in the case where shaft dynamics is considered and ignored lie in the three terms,Gde?GTe, Gv?GTe, and Gi?GTe, which are found to be so small that the difference is negligible. It is also found that when the generator power ratio to the total turbofan power increases, the turbofan shaft dynamics have more impact, though still small, on the output impedance below 10 Hz, at which the source subsystem seldom has dynamic interactions with the load subsystem.
This paper provides a detailed analysis of the shaft dynamics of the turbofan's impact on the small-signal stability of the aircraft dc distribution system and reveals the masking effect of the rectifier for the following reasons: the speed perturbation has small impact on the dc bus voltage and stator current; the turbine dynamics is small with the current speed controller; the decoupling terms in the current controller attenuates the speed perturbation impact; and the dc voltage control reduces the impedance gain at low frequency, which further reduces the potential stability impact from mechanical dynamics. 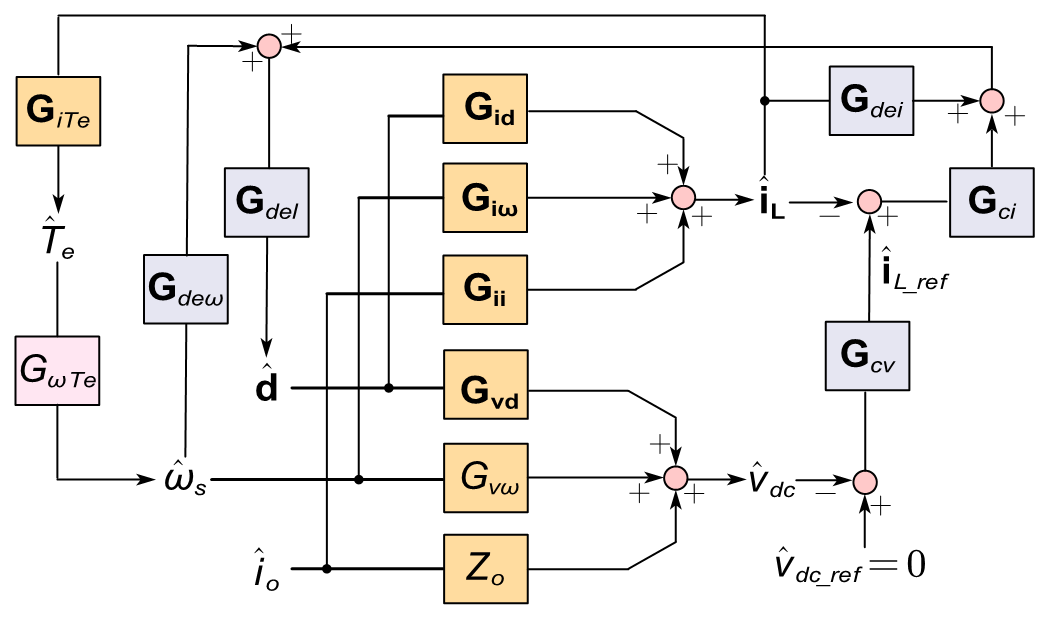