Fig. 1. Topology of 56-bus distribution system.
The increasing penetration level of distributed energy resources (DERs) in electrical power systems has led to revisions of criteria and requirements for DER interconnection, as IEEE Standard 1547-2018 published. These revisions are likely to cause some major changes of distribution system fault characteristics, which might defeat the traditional protective relay schemes. To achieve the effective integration of DERs into existing distribution systems and avoid the negative impact on system reliability, it is necessary to study the fault characteristics changes and undesirable problems in system protection caused by DER interconnection. This paper focuses on the impacts from high-level penetration of utility-scale PV generation.
A 56-bus, light-loaded radial distribution system connected with a utility-scale PV farm as shown in Fig.1 was simulated in PLECS for fault analysis. The PV inverters control schemes are designed according to requirements stated in IEEE Standard 1547-2018. PV inverter fault performance and distribution system fault response are analyzed for both three-phase and single-phase short circuit faults, under different fault resistance and at different locations. After a short circuit fault happens in the distribution system, the PV inverter output current will only have a small increase because the reactive power control loop and dc voltage control loop both lose their effect. The current reference values on d and q axis will both hit their saturation limits while the current loop is still able to track the reference values, as it shows in Fig. 2. During a three-phase fault at PV upstream, most part of the PV output current will flow from the PV farm to fault, the relay at fault downstream and closest to the fault might incorrectly operate since its operation time could be set smaller than its upstream relays. The smaller the fault resistor is (or the closer the fault location is to the PV farm), the fault downstream current will be higher. For single phase fault at PV farm upstream, the PV output current and the fault downstream current at faulted phase is higher compared to three-phase fault case, which is more likely to cause the incorrect operation of fault downstream relay.
Based on simulations implemented on PLECS platform, this paper studies the impact of inverter-based solar photovoltaic (PV) source to a 56-bus distribution system and analyzes the distribution system characteristics under various different short-circuit fault conditions. The potential issues in system protective relays caused by DER penetration are also presented. 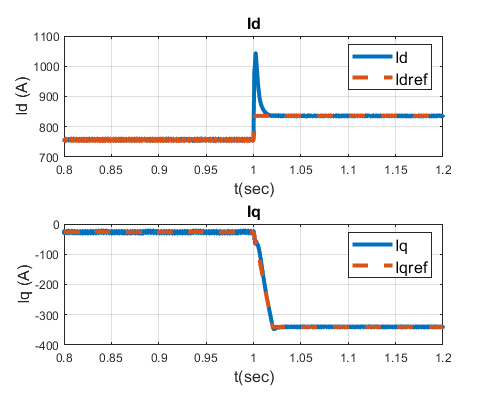