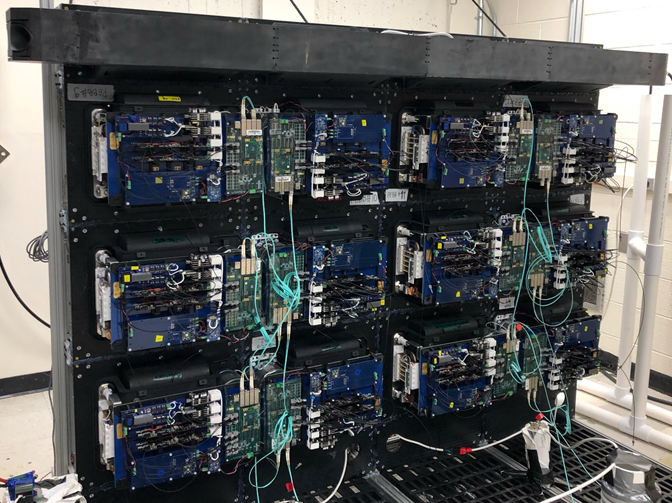 A medium-voltage modular converter was built to verify the ICBT operation, as shown in Fig. 1. There are 12 power cells in total. Three cells are connected in series vertically to form a converter arm, and two arms form a phase leg. Theconverter has two phase legs sharing the same converter dc bus, which sits on the top. The cells are rated at 6 kV and feature a 10 kV SiC MOSFETs. The cell capacitance is 32.5 µF. A high-voltage, low-current power supply connects to the converter dc bus; an inductor is connected between the outputs of the two phase legs. The rated load current flows through the load inductor, while the power supply only supplies the losses of the converter. 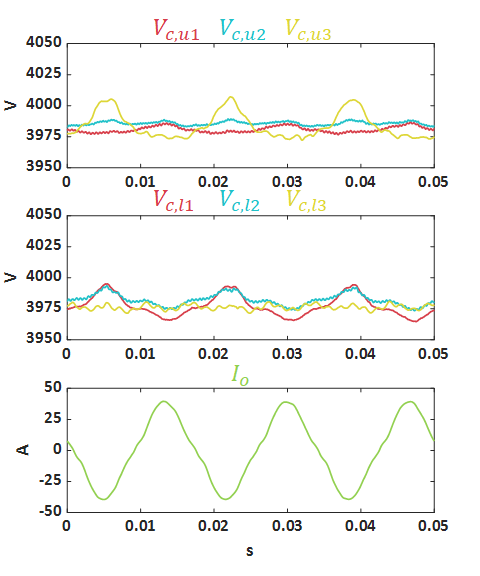