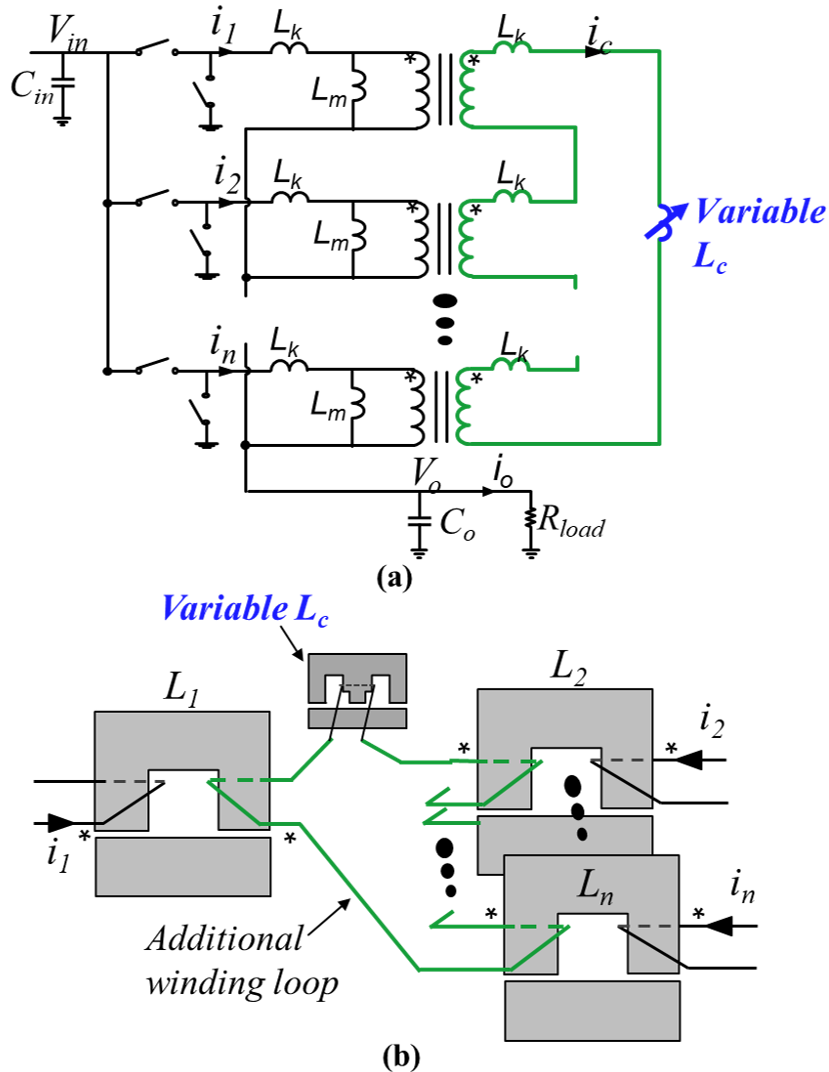 To solve this issue, this paper proposes an adaptive-coupled inductor structure as shown in Fig. 1. This is realized by applying a variable inductor in the additional winding loop of an indirect-coupled inductor. By varying the coupling coefficient during the steady-state operation and load transients, the proposed inductor structure can help the multiphase buck converter achieve a faster transient speed while maintaining the same steady-state current ripple, as compared with the traditional indirect-coupled inductor. The coupling coefficient in the proposed structure is self-adjusted according to the circuit working conditions. Therefore, the proposed structure can be easily implemented without increasing the control complexity and cost. Furthermore, the inductor size of Lc can be dramatically reduced. 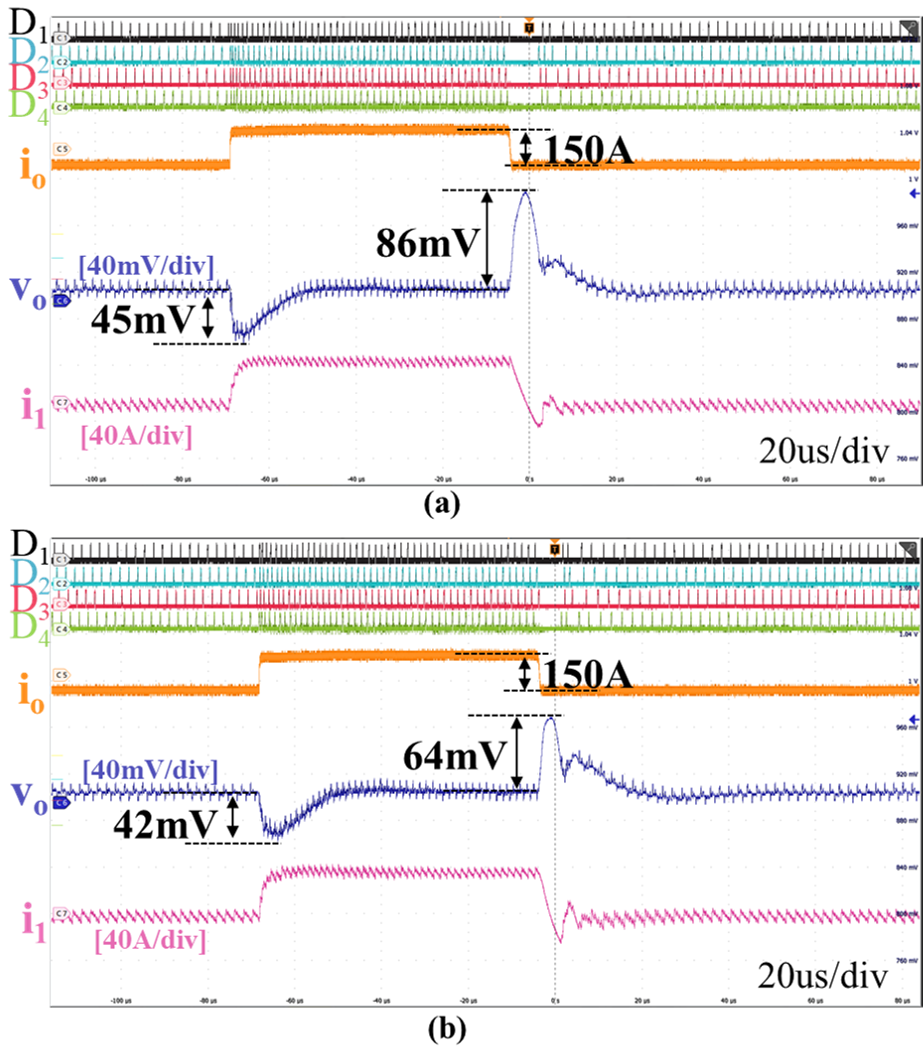