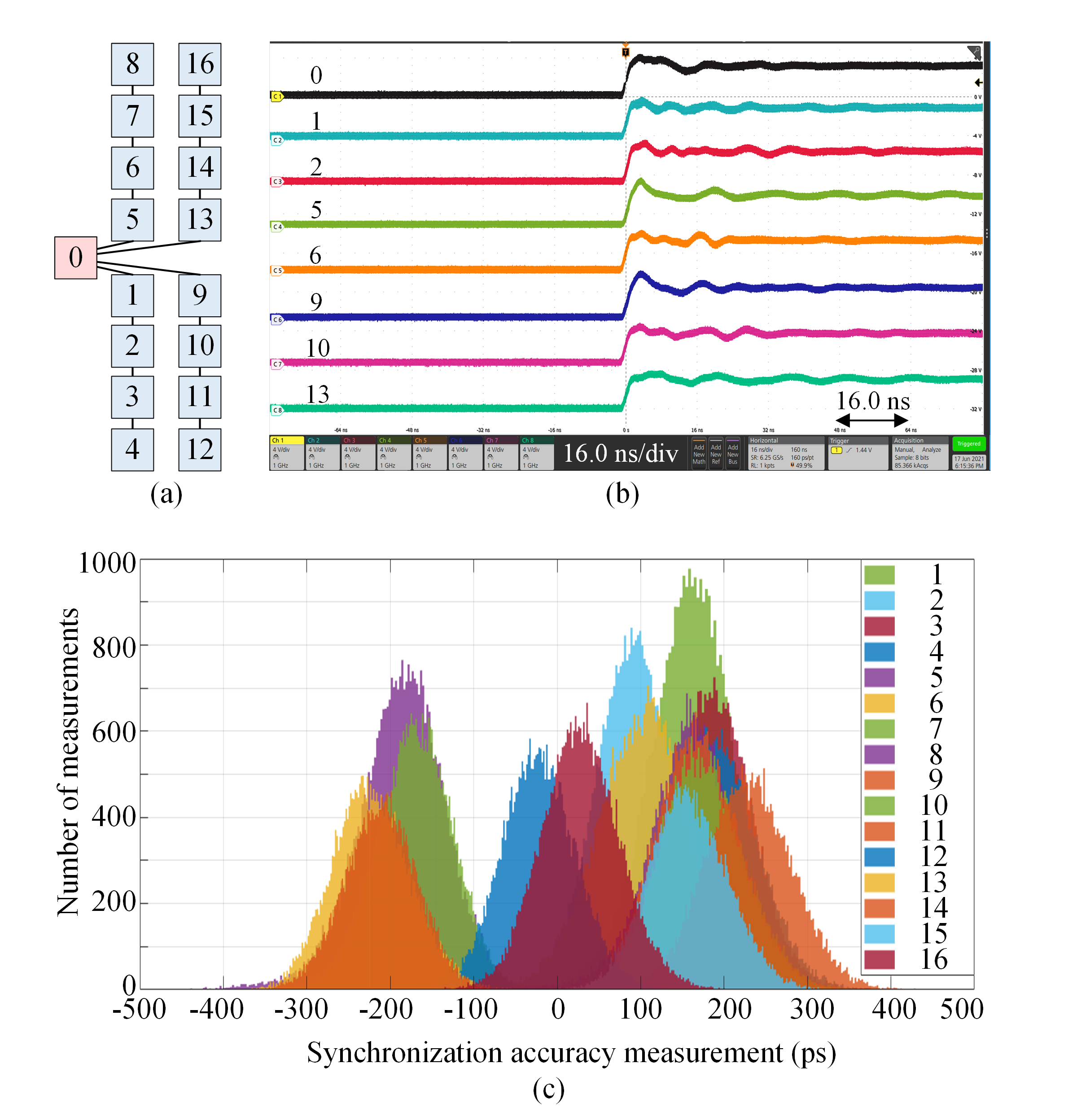 The White Rabbit technology, originally developed for the Large Hadron Collider accelerator chain at the European Organization for Nuclear Research, has been embedded in PESNet 3.0 inter-cell layer to achieve a sub-ns synchronization accuracy for distributed power conversion systems for the first time. PESNet 3.0 inter-cell layer contains the main controller and cell controllers. They share the same hardware using the high-end Xilinx 7000 as the control device, and are communicated in a tree topology with 5 Gbps data rate. Sub-ns synchronization accuracy is achieved by utilizing a PLL on the controllers to lock both the frequency and phase of the local time with each other.