Fig. 1. CLLC-DCX topology.
In this nugget, a comprehensive switching transient analysis for open-loop CLLC-DCX with DAS modulation is presented as shown in Fig. 1. Among seven ZVS transition types, one desir-able Sync-ZVS transition is identified with merits of minimum deadtime, load-independent volt-age-gain, and no deadtime conduction loss as shown in Fig. 2. In order to achieve this Sync-ZVS transition in the full load range, ACS method was proposed based on currents decomposi-tion. Following this method, an overall design procedure for open-loop CLLC-DCX with DAS modulation was proposed to achieve high efficiency.

Finally, the proposed Sync-ZVS transition and ACS method are both verified by three 18 kW CLLC-DCX prototypes with DAS modulation, which all operate around 500 kHz and have 98.8% peak efficiency as shown in Fig. 3. The proposed method has great potential to improve the performance of DCX used in EV charging system and solid- state transformer. 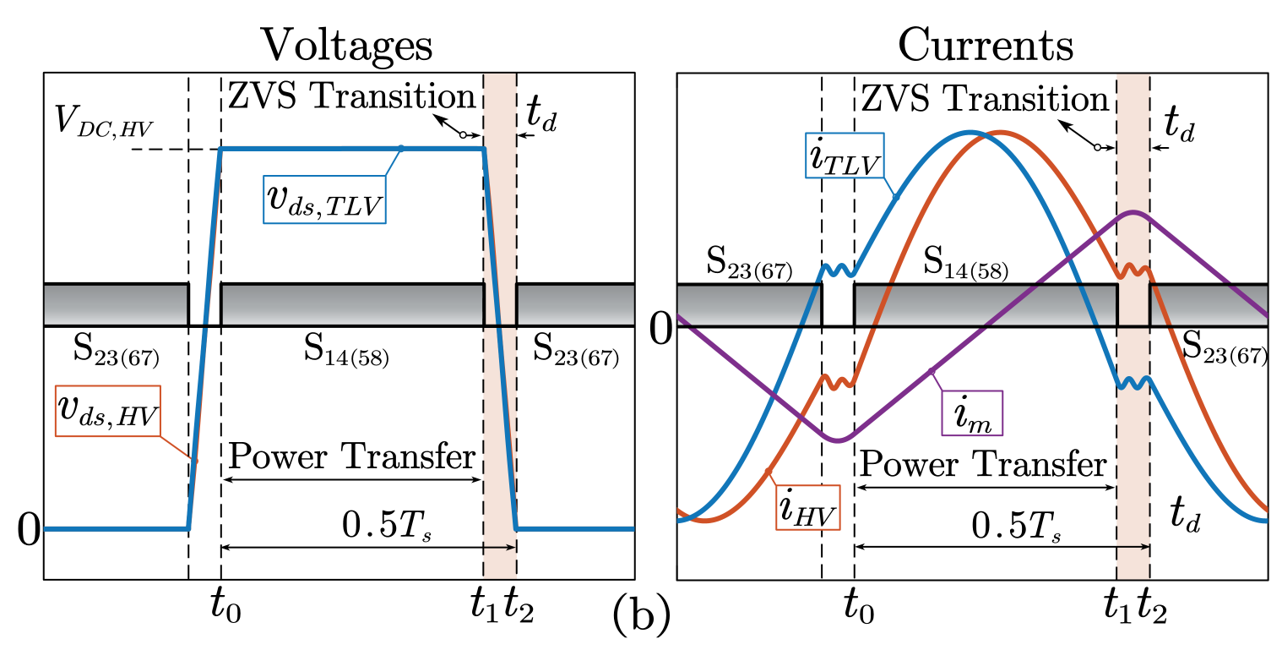 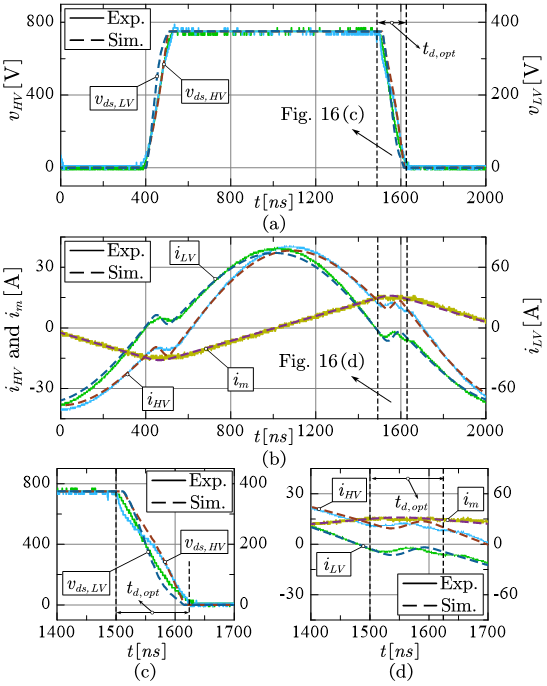