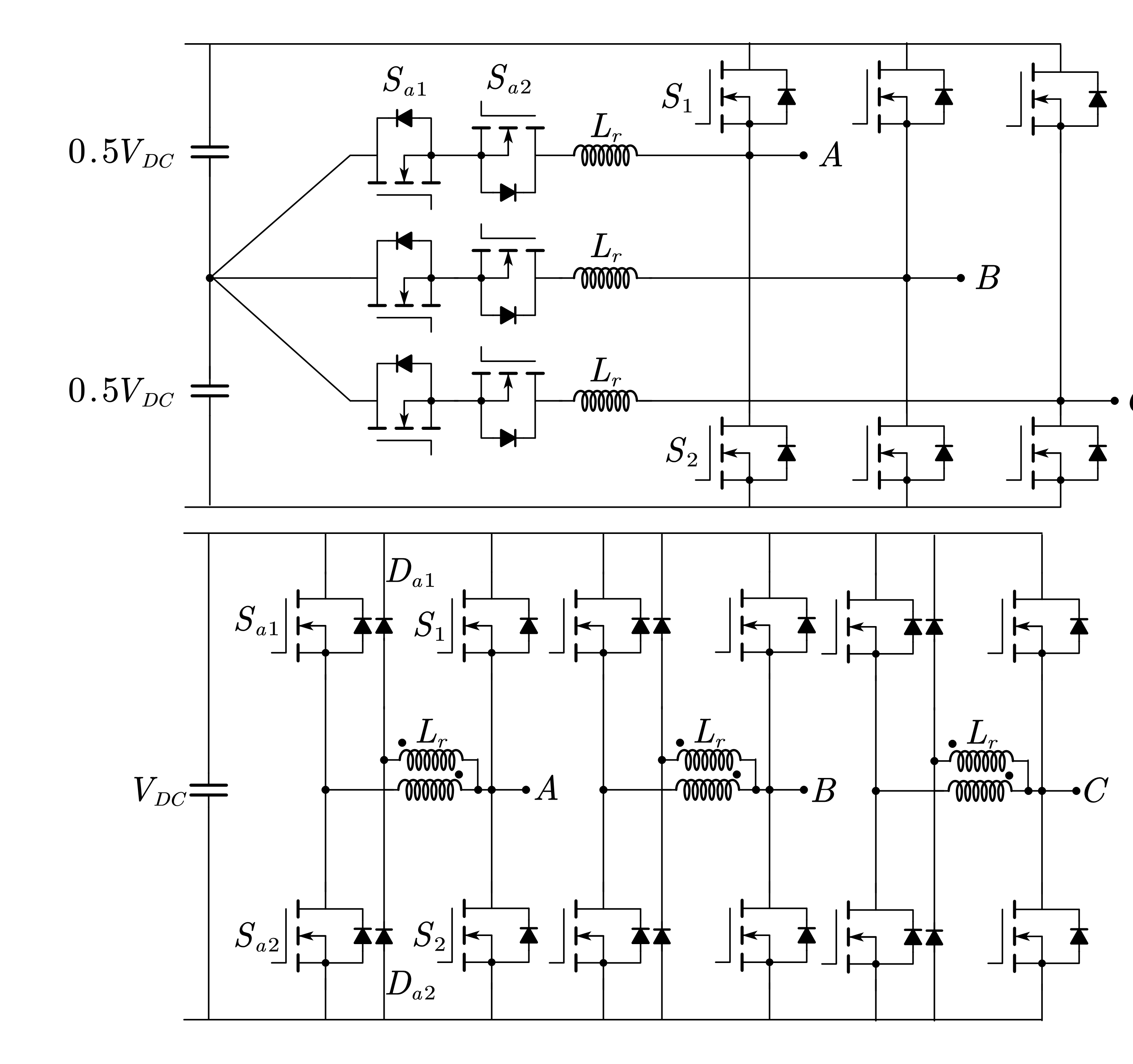 Firstly, the system specifications as well as component candidates are intro-duced. The power devices, including one from UnitedSiC due to its high switching energy but low conduction resistance for soft-switching, and another one from Microsemi because of it well overall performances for hard-switching, are narrowed down from original 50+ devices on the market. Moreover, two capacitor candidates, which are CeraLink and Film capacitors, are con-sidered for DC-link capacitor.

In conclusion, the final comparisons for four topology candidates are shown under 20 kHz and 100 kHz, using CeraLink and Film capacitor as DC-Link capacitor. It is clear that the performance of soft-switching inverters largely depends on the power device technology or characteristics. By using the latest device such as Microsemi one for 2-L inverter, the efficien-cy improvement by using soft-switching inverter is always less than 0.2%, while having higher cost and volume.