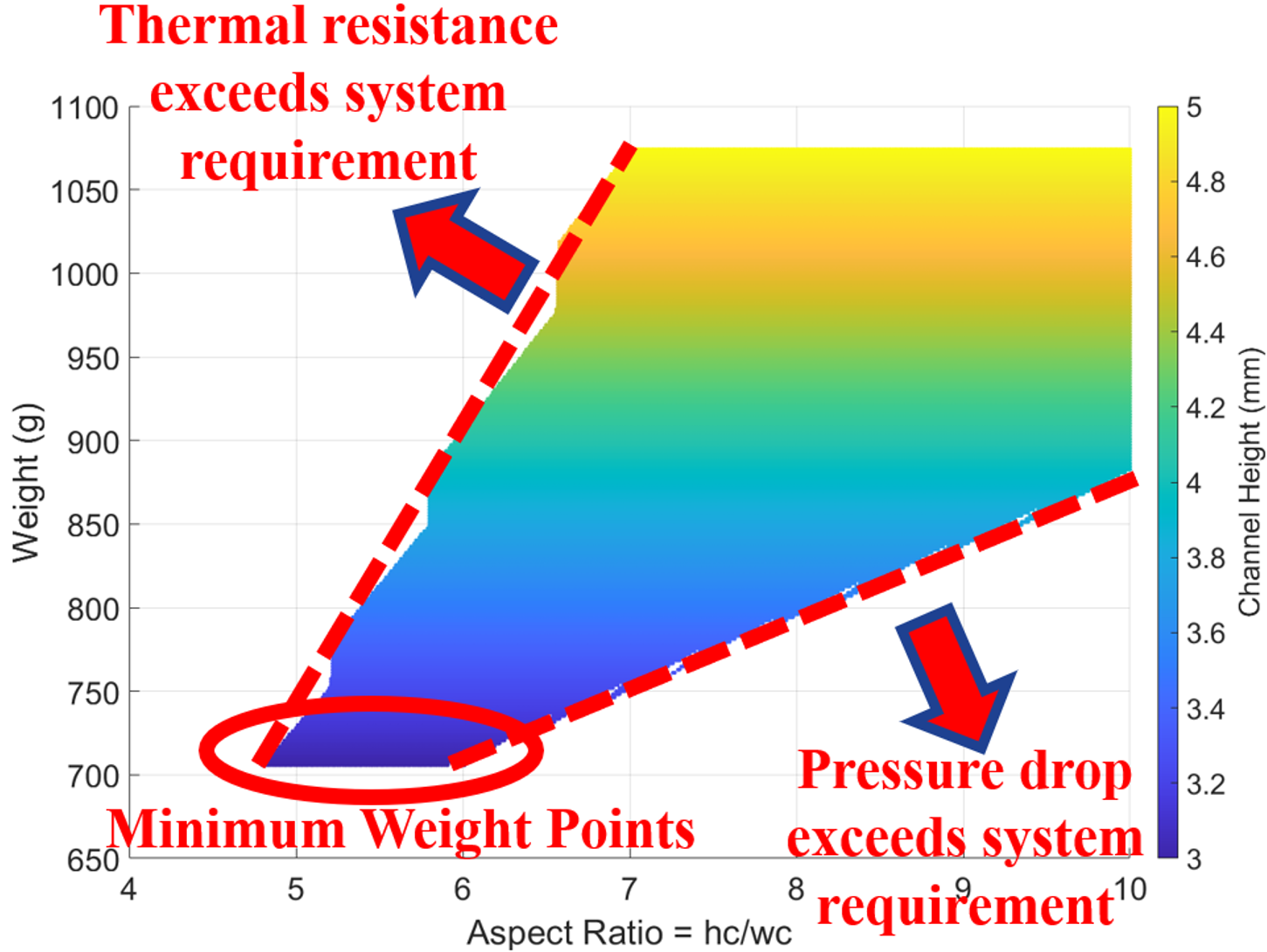 Also, two different liquid flow path configurations, which are series flow path (V1 Series) and parallel flow path (V2 Parallel), are designed based on geometry parameters from optimizations. Considering the footprint area of 360 cm2, both versions of cold plate have weight less than 800 g with cost lower than $ 300/unit. Furthermore, the liquid cooling testing environment is setup in CPES to verify the accuracy of derived mathemati-cal, in other words, the thermal and pressure drop performances. Eventually, a trade-off analysis between two flow path configurations is compared and discussed. In conclusion, the V2 Parallel design is a more attractive candidate based on overall performances. The designed V2 Parallel has the thermal resistance around 0.008 °C/W and pressure drop lower than 0.4 bar at the systems maximum flow rate of 0.25 kg/s, while having for the footprint area of 360 cm2. 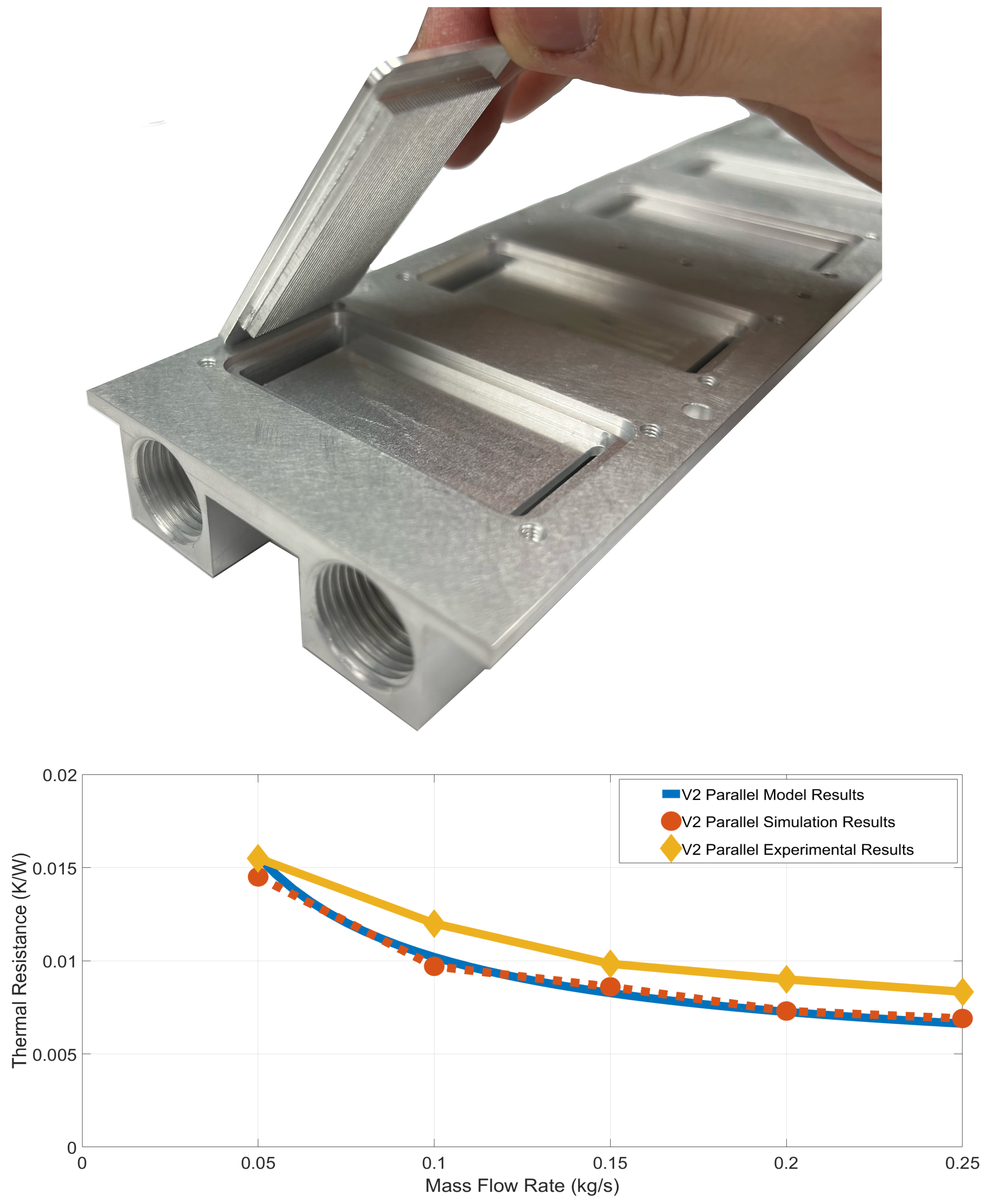 Fig.2. The designed V2 Parallel microchannel cold plate composed of base plate and fin plate, and its testing results comparisons.