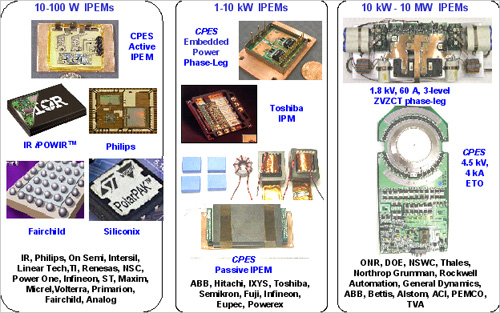 Fig. 1. The range of IPEMs developed at CPES and the organizations directly impacted.
Improvements in energy conservation and associated environmental impact cannot be accomplished without a significant paradigm shift in power electronics technology. The required dramatic improvements in the performance, reliability, and cost-effectiveness of electric energy processing systems could only be achieved by developing an integrated system approach based on advanced packaging of new generations of semiconductor devices and innovative circuits in the form of building blocks with integrated functionality, standardized interfaces, suitability for mass production, and application versatility.

Over the past ten years, sponsored by ONR and NSF, CPES has lead the development of multidisciplinary education and research that has enabled the shift of focus in the power electronics discipline from topologies and control towards material, structural, and electromagnetic synthesis of integrated power electronics modules (IPEMs). More than through the development of new academic courses, CPES has spurred the transformation of the power electronics discipline by way of numerous lectures, presentations, tutorials, and publications at professional and educational meetings, exchanges, and conferences, where the IPEM concept was explained and advocated. Advanced integration and packaging have become prominent topics in all major power electronics conferences and journals, and the number of papers, sessions, committees, and authors dealing with the new pursuits has increased manifold. The completely new, biennial international "Conference on Integrated Power Electronics Systems (CIPS)" was started eight years ago with key impetus from CPES.

Increased awareness and understanding of the IPEM concept has enabled its acceptance by industry, covering almost the entire power range, from laptops to electric power delivery, as illustrated in the figure. Major industry leaders have introduced integrated modules for motion control and automation in manufacturing, commercial, and home applications. The approach had an even broader impact on the computer and telecommunications industry because an integrated, modular approach was practically nonexistent previously. In the medium and high power applications, the concept of power electronics building blocks is increasing energy efficiency of electrical power systems in cars, ships, airplanes, and electric utilities.
Return to CPES Showcase