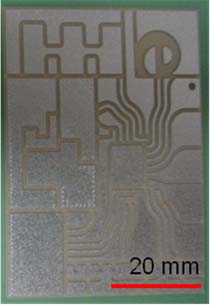 Fig. 1. As-received commercial DBC with patterns from Curamik.
DBC means Direct Bonded Copper and denotes a process in which copper and a ceramic material are directly bonded. Direct Bonded Copper substrates have been proven for many years as an excellent solution for electrical isolation and thermal management of high power semiconductor modules. The advantages of DBC substrates are high current carrying capability due to thick copper metallization and a thermal expansion close to the silicon at the copper surface due to high bond strength of copper to ceramic. When DBC was used in electronic packaging, the desired circuit pattern as shown in Fig.1 is usually produced on it by chemical etching in a concentrated ferric chloride solution. However, some post-etch residue would be found on the surface like copper, gases or solutions as reported. So when etching copper on DBC into desired pattern, there may be also some copper residue on its alumina surface.

Electrolytic metal migration is a famous phenomenon which causes failure in microelectronic devices. This failure mechanism results in dendritic growths which bridge the electrode spacing between adjacent conductors on an insulating substrate and produce electrical failure. Therefore, it is very important to investigate what is going on at the surface of DBC alumina with copper residue leaving on it due to etching. Would any copper dendrites be formed between electrodes as our previous work on silver migration.

A comprehensive study of the influence of post-etched copper is carried out in CPES. Based on the analysis, a XPS result of commercial DBC with patterns is proposed shown in Fig.2. Copper peaks can also be located in the figure. The atomic concentration of copper is from 0.5%~0.7% which is consistent with that on the surface of DBC alumina patterned by our group. So it is indicated that copper residue on DBC surface during etching patterns is not a unique problem in our group. I have to say that it is very common issue in the industry. However, it seems like few people had reported this issue on DBC before. It may be caused by the amount of copper residue which might be too small to make the DBC alumina surface conductive at room temperature. But it is likely to be distinct in the high temperature application due to the lower resistivity and lower activation energy at high temperature. 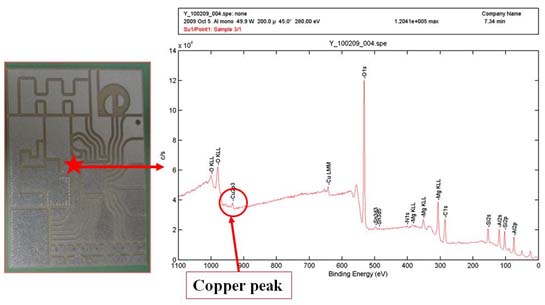