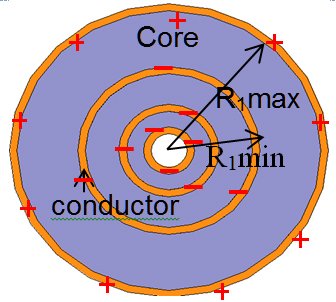 Fig. 1. Cross-section of core of 3-cell "constant-flux" inductor showing conductor and slots with and - indicating the directions of flow of current.
The core and winding of an inductor are designed to distribute flux for distributing energy uniformly in the core to utilize magnetic material throughout the core volume. The structure is designed to avoid crowding of flux for low core loss. The winding is patterned for shorter length and larger area of cross-section for low winding loss. The footprint area of a three-cell inductor is 1.48 times less than that of the conventional toroidal inductor with same energy, maximum flux density, material properties, winding loss, and core loss. 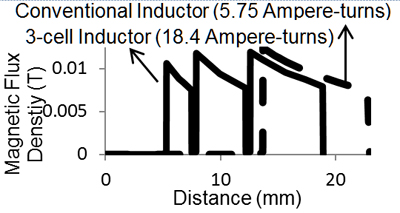 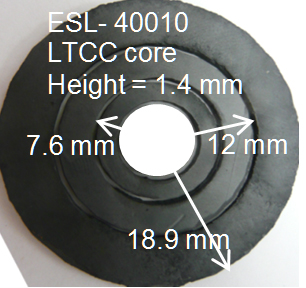 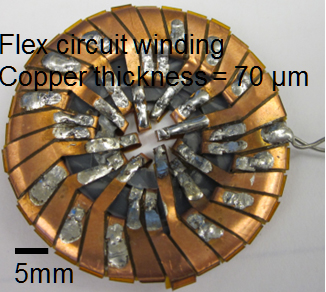