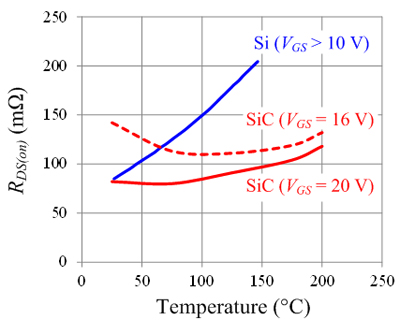 Fig. 1. Comparison of on-state resistance
SiC MOSFETs have been proven to be ideal substitutes for Si IGBTs in medium-voltage power converters. However, how these devices are different from their Si counterparts have not been fully discussed. These questions are answered in this work through a comprehensive comparison between Si and SiC power MOSFETs in their static characteristics, switching performances, temperature behaviors, etc.

The comparison is conducted between a 600 V Si CoolMOS and a 1.2 kV SiC MOSFET, both representing the state-of-the-art technology in their respective domain. In static characteristics, the SiC MOSFET presents a lower and less temperature-sensitive RDS(on) than Si, especially at elevated temperatures, but also requires a higher turn-on gate voltage (Fig. 1). In terms of the dynamic parameters, the SiC MOSFET exhibits only one-quarter CISS, but comparable COSS and CRSS compared to Si (Fig. 2). Smaller CISS leads to roughly 75% reduction in the total QG and much faster gate voltage responses. The switching loss of the SiC MOSFET is also more temperature-insensitive. Nevertheless, its overall switching loss is still higher than Si due to its smaller transconductance.

Through the comparison, the strengths of the SiC MOSFET are found in its high operating voltage, low conduction loss, high-temperature operation capability, and temperature-insensitivity in device losses. Due to its higher switching loss (than Si MOSFET), lower frequencies such as 70-100 kHz are more desirable for the SiC MOSFET to achieve higher efficiency and power density for the converter, although very high switching frequency operation (e.g. 500 kHz) is still possible for special applications. 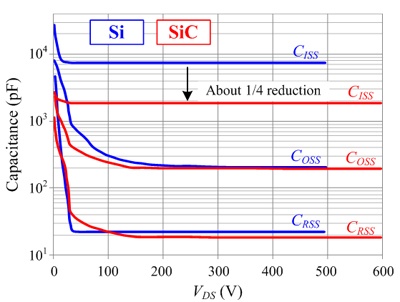