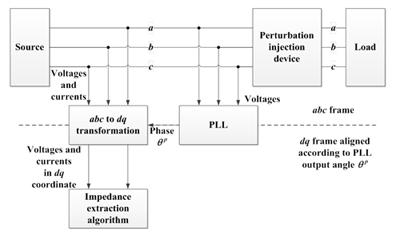 Fig. 1. Impedance measurement setup of three-phase systems represented in abc coordinates.
AC small signal stability of three-phase systems can be analyzed using the load and source impedances in the d-q synchronous reference frame and many solutions have been recently proposed to measure d-q impedances. One fundamental part of the measurement system is the Phase-Looked Loop (PLL), which tracks the supply voltage phase in order to transform voltage and current terms from abc to dq coordinates. This paper analyzes the influence of PLL dynamics on the accuracy of the impedance measurement results, focusing on two errors: 1) on the generation of voltage/current perturbation, 2) on the measured voltage and current components used for impedance extraction.

Figure 1 explains the PLL's role in the measurement path. The analysis shows that it changes the measured voltage and current spectrum, thus changing the impedance result. For this rea-son, the PLL bandwidth in existing systems is much smaller than the lowest frequency of the measured impedance, strongly increasing the measurement time. However, the effect can be compensated offline using:

PLL's effect on perturbation injection is also analyzed in the paper. It has no influence on the perturbation if no DC component is injected. Therefore, the bandwidth of the injection PLL does not affect the measurement. 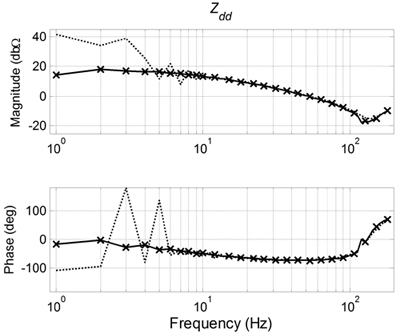