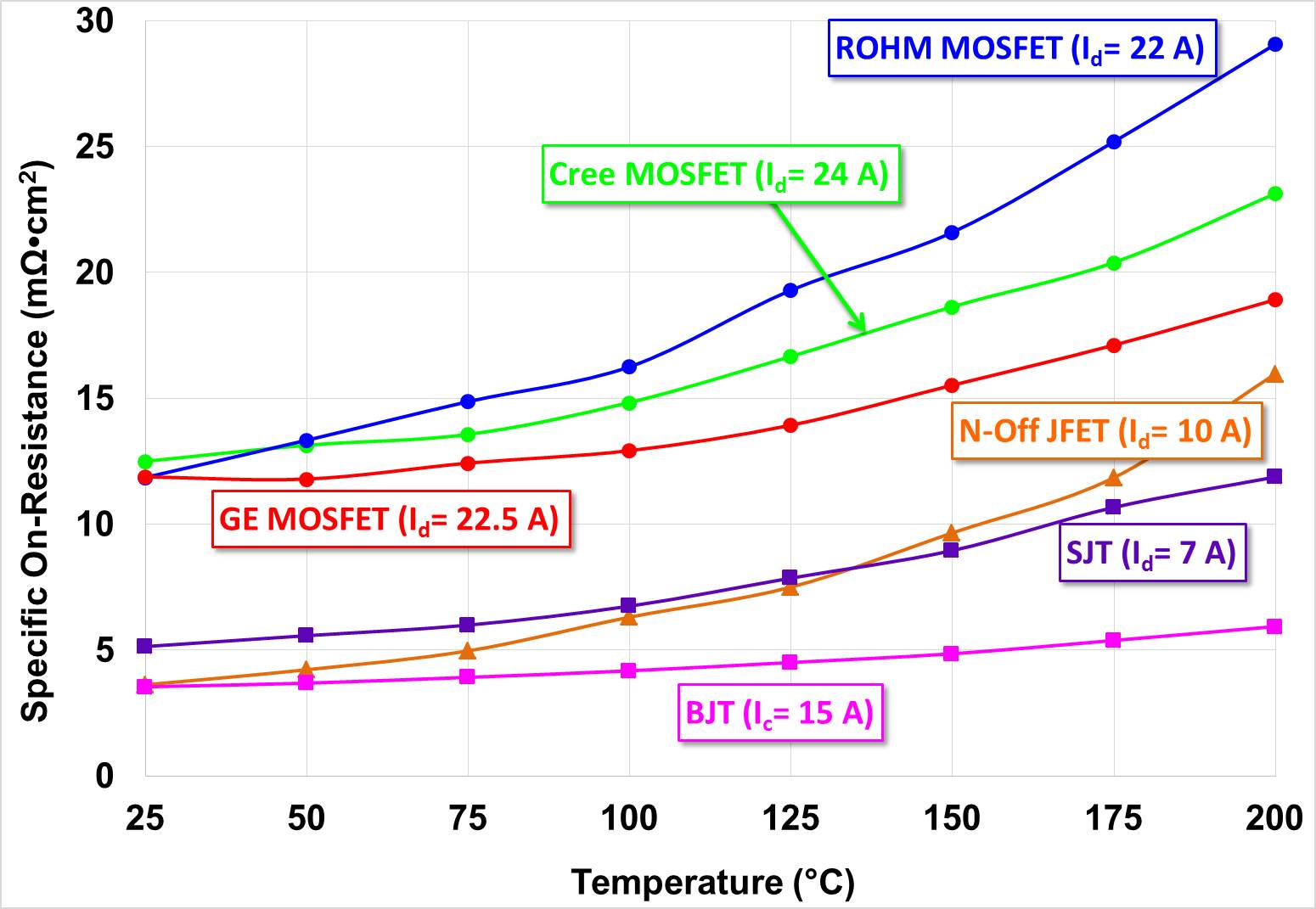 Fig. 1. Specific on-resistance using die area versus temperature.
Although its high-temperature operaiton is one of the major advantages that Silicon Carbide (SiC) holds over silicon, few studies have assessed its full high-temperature (> 175°C) capabilities. This work seeks to provide insight into the high-temperature performances of state-of-the-art SiC power semiconductors by characterizing and comparing the latest generation of 1.2 kV SiC MOSFET, BJT, SJT, and normally-off (enhancement mode) JFET devices from the semiconductor industry's main players; namely Cree, Rohm, GE, Fairchild, and GeneSiC. To carry out this study, both static and dynamic characterization were performed from 25°C to 200°C.

The on-resistances of each device were measured using a curve tracer. It is important to look at the specific on-resistances of the devices since for a given breakdown voltage the smaller the die size the larger the resistance. In this case, this figure was obtained by multiplying the measured on-resistance values by their respective die area.

The DPTs conducted at high-temperature revealed that the SiC MOSFETs experienced a reduction in turn-on energy, and an increase in turn-off energy with increasing temperatures. The BJT and SJT, on the other hand, showed little change in the total switching loss with increasing temperature. Finally, the total switching loss of the normally-off JFET showed a small increase with temperature, which was accredited to the decreased dv/dt during turn-on. 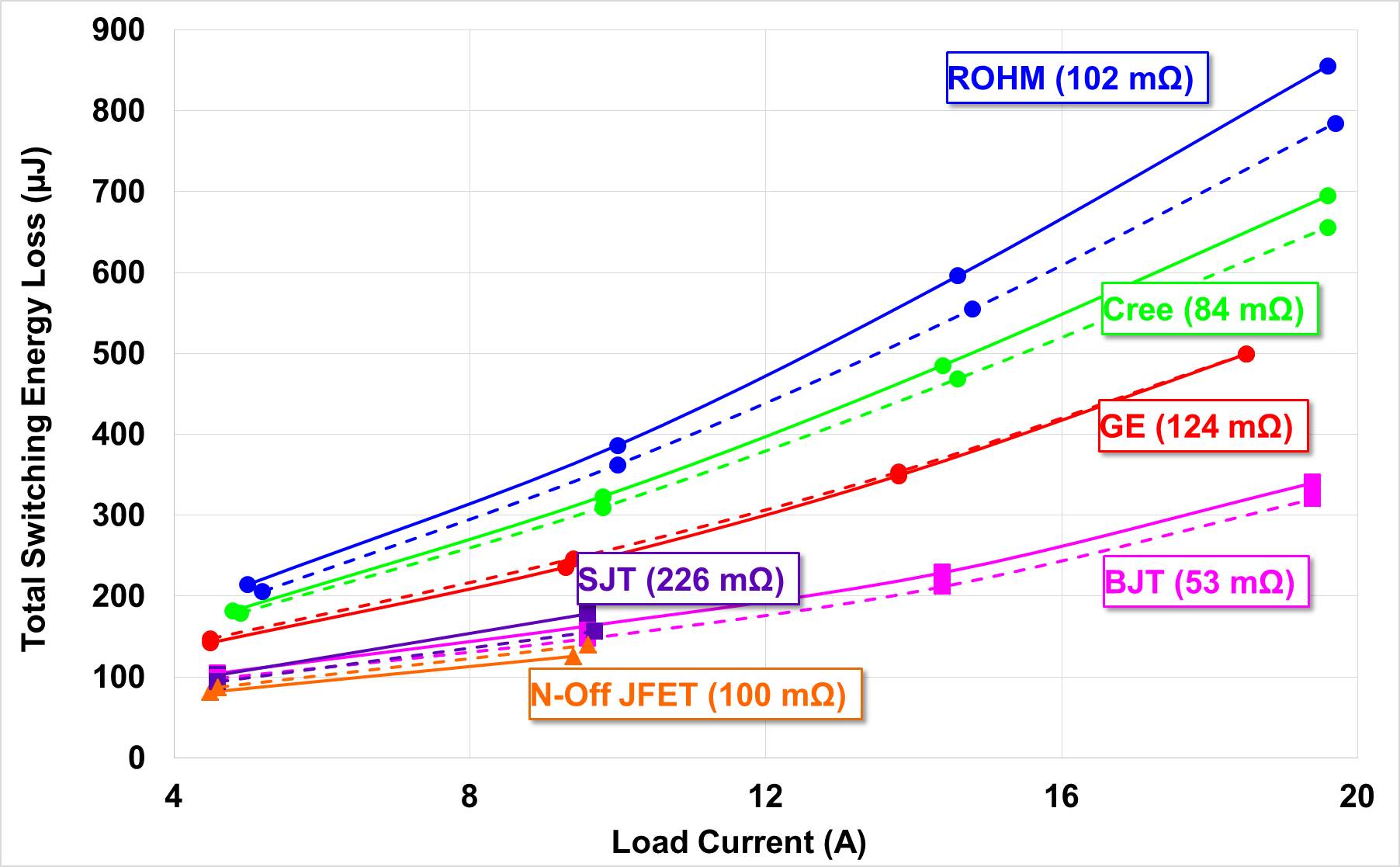