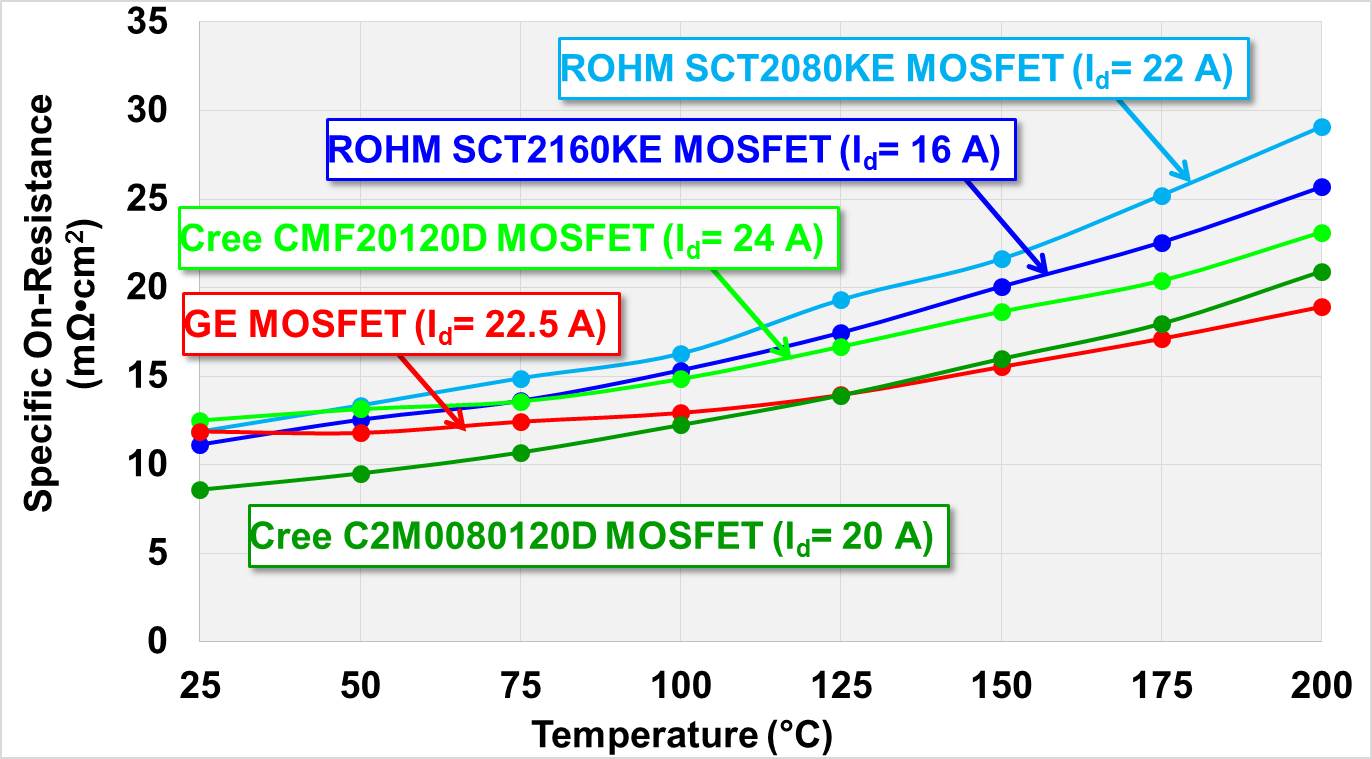 Fig. 1 shows the measured specific on-resistance versus temperature. The drain current used for the measurements is shown in parenthesis for each curve. The gate-source voltage used for the on-resistance measurement was 20 V since this is the voltage at which the MOSFETs will be driven. As seen in the figure, the GE MOSFET is the least temperature dependent, increasing by approximately 37% at 200C with respect to its room-temperature resistance. 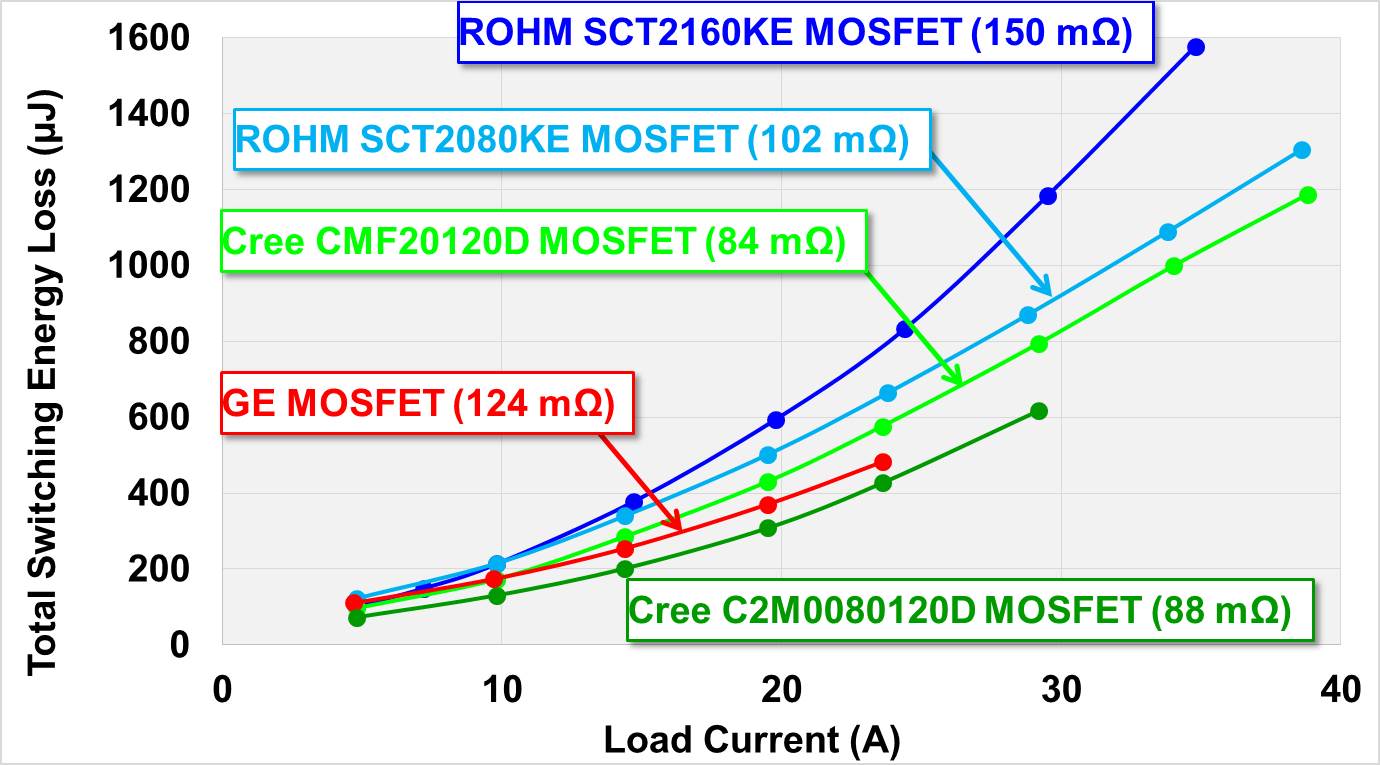