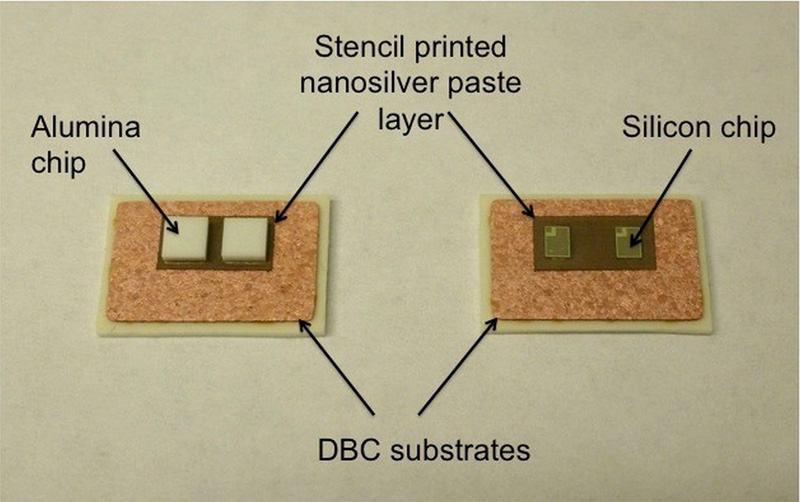 Fig. 1. Chip-paste-substrate assemblies before sintering.
Power electronics devices have experienced significant increases in performance in the last decade. Silicon-based devices continue to improve, while wide-bandgap devices, such as silicon carbide (SiC) and gallium nitride (GaN), are becoming more available. The advances in device power density will ultimately lead to packaged devices, whose operating temperatures may exceed 200 °C. Innovations in packaging materials and integration are required for meeting the demands of high temperature operations.

Nanosilver enabled Low temeprature joining technique (LTJT) is a promising die-attach technique, which possesses much higher thermal and electrical conductivities, higher melting temperatures, and lower processing temperatures. It is the goal of this research to extend the nanosilver paste die attachment to bonding bare copper surfaces in an effort to lower manufacturing cost and time by removing the required metallization of substrates.

A bare copper surface oxidizes at the sintering temperature of nanosilver, i.e. 260 °C. If a dense oxide layer forms on the copper surface before the sintering of nanosilver particles, the oxide can prevent adequate bonding between the copper and sintered silver, thus resulting in a very low bonding strength of the sintered joint (< 5 MPa). However, the organics in the na-nosilver paste need to be removed during the process, usually by combustion with the oxygen in the air. Thus, oxygen plays conflicting roles during the sintering process. . In order to achieve a high bonding strength (> 30 MPa) by pressure-less sintering at a temperature lower than 300 °C, two strategies are presented: (1) The oxygen partial pressure (PO2) was reduced to lower than 0.01 atm in order to suppress copper oxidation, while still providing sufficient oxygen for removing the binders in the paste; (2) apply an inert or reducing atmosphere - pure N2 or pure N2 with 4 vol% H2, in an effort to completely avoid copper oxidation. Die-shear tests are performed on the samples sintered under both conditions. The failure surfaces from the die-shear test samples as well as the microstructures of the sintered silver under each atmosphere were characterized by optical and electronic microscopy. 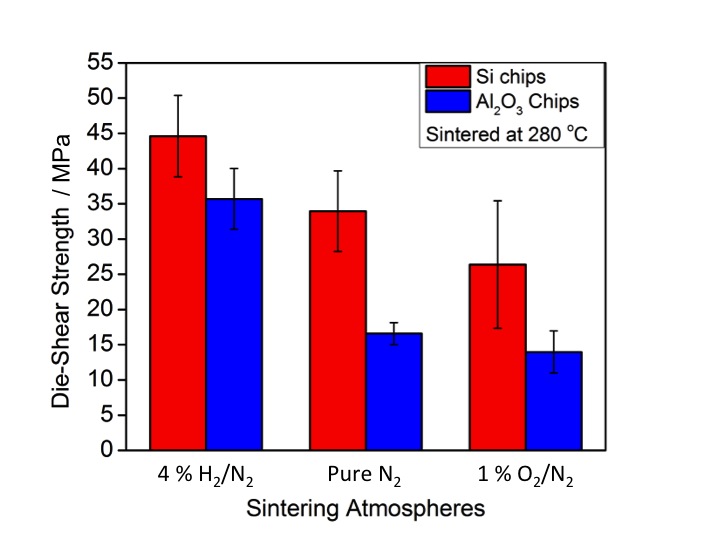