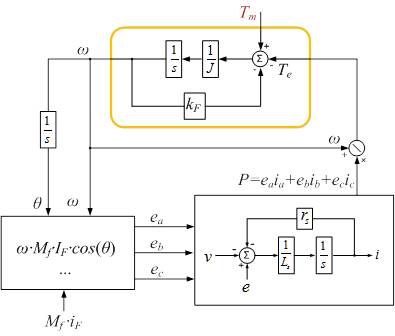 Fig. 1. Synchronous generator block-diagram model.
The common, and with some exceptions, the only method to interconnect high power renewable energy sources and energy storage systems to the grid has been using power electronics converters that operate as current sources to the grid for the purpose of achieving the maxi-mum primary-source power tracking. When the grid is not available, such sources would not be allowed to continue operating and will be shut-down after anti-islanded algorithms recognize the loss of the grid. Although existing standards and requirements still limit grid-interface converters to regulate voltage in the grid, this functionality will inevitably be the part of the power system operation in the future. This paper addresses physical and mathematical equivalency between power electronics converters and synchronous generators, and emphasizes how an inherent synchronization feature of the synchronous generators can be used to improve the performance of the grid-interface converters. It has also been shown that if operated as a voltage source, a grid-interface converter could have a significant stabilizing effect on the system dynamics due to the non-delayed power delivery.

Distributed generation was the rule rather than exception in the early days of electric energy production. Rapid commercialization of the renewable energy sources has resulted in an increased deployment of low, medium and high power distributed generation sources, as well as energy storage (ES) systems. Invariably, renewable DG and ES sources are interfaced to the grid with the assistance of power electronics converters. Fast, digitally controlled converters offer endless possibilities for the most optimal utilization of renewable resources. Moreover, power electronics-based DG can enhance power system controllability due to the fast dynamic response to the power system disturbances and deviations of the voltage and frequency. However, grid-interface converter's phase-locked loops can cause frequency instability in the case when grid output impedance becomes very high, or when there are multiple grid-interface converters connected on the same or adjacent bus with a "weak" link to the strong grid. On the other hand, thousands of synchronous generators work in parallel and share the power with much "milder" interactions in the sense of synchronizing to the grid and to each other. Thus, this paper addresses that issue by showing what features of the synchronous generators operation offer dynamic advantages that could be used in the future for the control of the next generation of grid-interface converters. 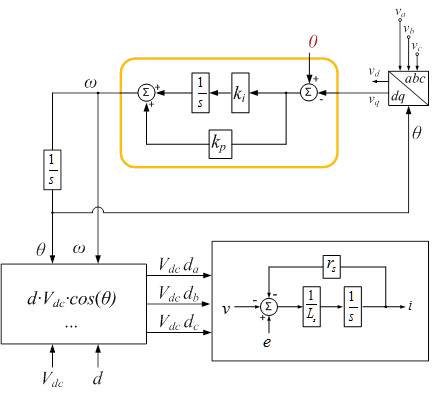