Fig. 1. PLL-based AFD islanding detection method.
Active frequency drift (AFD) methods are popular islanding detection methods, because of their simplicity, small non-detection zone, and low impact on system power quality. Most AFD methods generate a frequency positive feedback or feed forward which drives the converter system frequency away from the steady-state and detects the islanding event. Other methods are based on the analysis of PLL small-signal stability as shown in Fig. 1.

Differing from traditional analysis of the AFD method, this paper proposes an impedance-based analysis which unveils that frequency drift is the consequence of interaction between inverter output impedance and the impedance of local loads. As shown in Fig. 2, the dc imped-ance of the inverter is equal to the dc impedance of the local load. With feed forward gain N = 0, the phase difference is 180°; with N bigger than 0.015, the inverter output impedance drops below -180° and the system becomes unstable due to lack of phase margin. A three-phase voltage source inverter is used for experiments. Fig. 3 shows the islanding event with N = 0.015. It can be seen that the PLL output frequency starts to drift when an islanding event happens, the system is unstable.

Moreover, the impedance-based analysis also shows that the AFD method has the potential to destabilize the grid-connected inverter system when the grid is weak or the size of inverter is large. Because a grid-tied inverter features a negative incremental resistance in the qq channel, the AFD method makes the phase even below -180° which decreases the phase margin of the system. 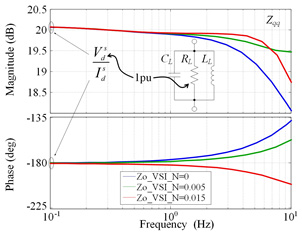 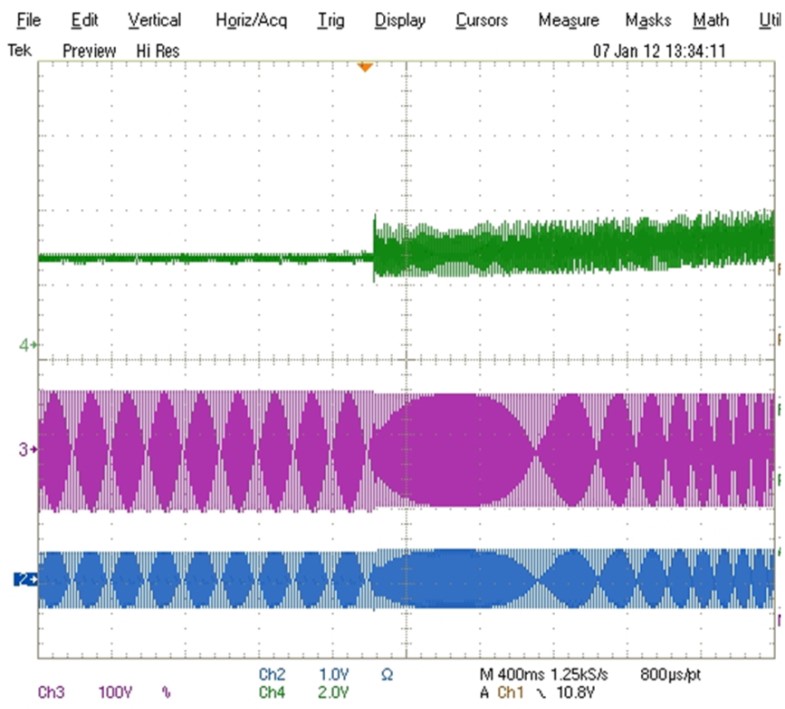