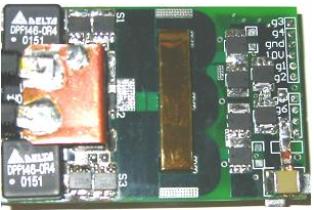 A prototype is built to demonstrate the concept of the current-tripler dc/dc converter, which has a maximum efficiency of 87% at 1.0-V/100-A output, which is considerably better than the state-of-the-art practice. 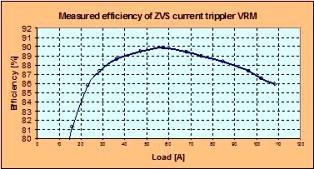