An interleaved two-phase three-level DC-DC converters circuit topology is shown in Fig.1. Two inverse-coupled inductors are employed as the interface between the phase legs and common output capacitors. If a non-coupled inductor is used to maintain the inductance of the inductor, the interleaving operation between the two phases will increase the inductor current ripple while the overall current ripple and Common Mode voltage will be reduced, which makes the input and output capacitors as well as CM filter smaller.

For interleaved multiphase three-level DC-DC converters, multiphase inverse-coupled inductors are needed, and overall current ripple and CM voltage will be further reduced when compared with the interleaved two phase case. 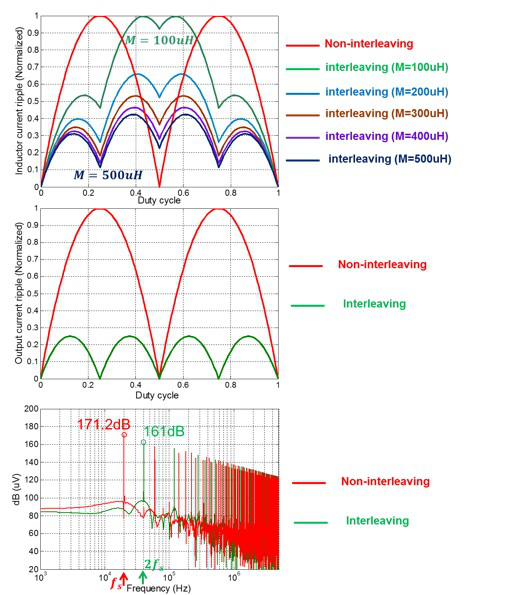