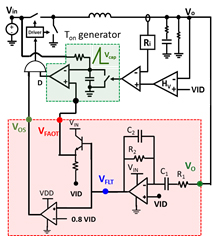 Fig. 1. Proposed Fast Adaptive On time (FastAOT) control.
For better light load efficiency and high bandwidth design capability constant on time (COT) control is widely used in the VR industry. However, COT control still has some limitations in load step up and load step down transient responses. In a large load step up, the inductor current might not be able to reach the target load very quickly because of minimum off time of the system after every pulse and output may experience undershoot. On the other hand, in the load step down case, for given power stage, overshoot can be very large if load release is occurred at the beginning of the gate turn on time (Ton) as inductor current will keep rising till fixed Ton expires.

This paper proposes a method called 'FastAOT' which increases or decreases the Ton in COT control immediately after load step up or load step down to reduce the undershoot or overshoot at aforementioned conditions. The Fig. 1 shows the concept of the proposed method, added in a conventional COT control, where the proposed circuit is inside the red box. In the proposed circuit, first a band pass filter is used to detect the undershoot or overshot at output (Vo) and to create a peak or valley accordingly and then a emitter follower is added so that only the peak in VFLT created by Vo undershoot will pass through. Then follower output VFAOT is used as the reference for the adaptive on time generator circuit inside the green box. In Fig. 2(a) and (b), we see the comparison of undershoot without and with the proposed 'FastAOT' method and found smaller undershoot in Fig 2(b) with proposed method than constant Ton in Fig. 2(a). In case of load step down, when the proposed 'FastAOT' method detects an overshoot at Vo, then output of the high pass filter, VFLT goes down very quickly. Then this signal is compared with 80% of VID to generate logic VOS which eventually ANDed with Ton to expire Ton immediately after load step down and therefore, reduce overshoot at output. Comparing the Fig.3(a) and (b), we can clearly see that in Fig.3(b) the gate signal D expires right after load step down and hence produce smaller overshoot.

The main advantage of this proposed circuit is that it can reduce the undershoot and overshoot in COT control using the same simple circuit without affecting steady state condition. Another advantage of this method is that as the change of Ton is proportion to Vo change, chance of ring back problem is smaller which might exist in some cases where Ton increment is prede-fined. As the proposed circuit does not contain any negative voltage, it is easily implementable inside IC and also the magnitude of the Ton increment can also be adjusted by changing the filter gain easily.

Fig. 2. (a) Load step up response
without FastAOT.

Fig. 3. (a) Load step down response
without FastAOT.