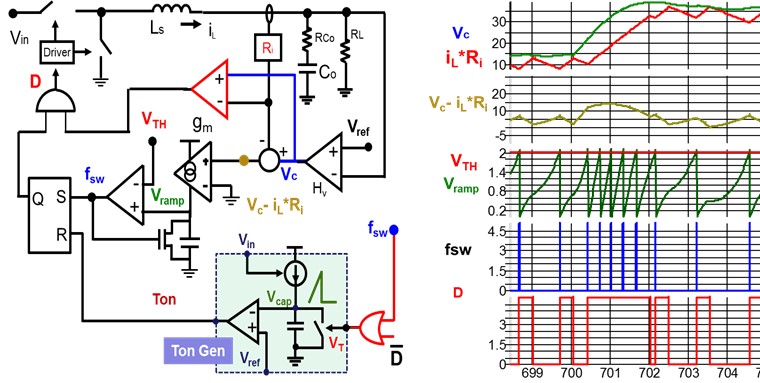 The proposed structure with its waveforms in load step up transient response is presented in the Fig. 1 where the difference between Vc and IL*Ri is converted into current by using a gm amplifier, and this current is used to charge a capacitor. Then this capacitor voltage (Vramp) is compared with a fixed threshold voltage (VTH) to create pulse frequency fsw. When Vramp touches VTH, off time ends and a fixed on time (Ton) is started. In the case of a large load step up transient, when Vc-IL*Ri becomes very large, fsw pulses can occur even before the end of the previous on time. Now if these very close pulses are allowed to merged together to create a longer on time, significant undershoot reduction can be done at the output.

As in the proposed structure, a control pulse can occur even before the on time finishes. In a multiphase operation, the proposed COT charge control can improve the load step up transient performance by achieving a natural pulse overlapping feature, shown in Fig.2. 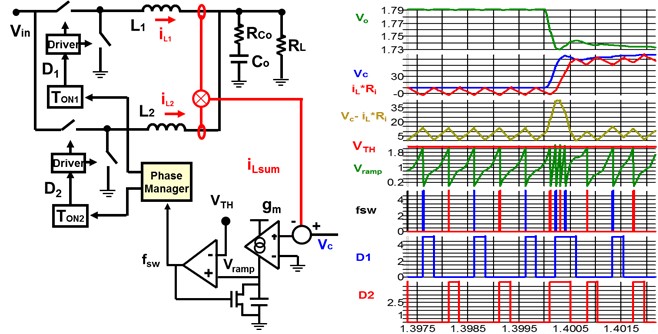