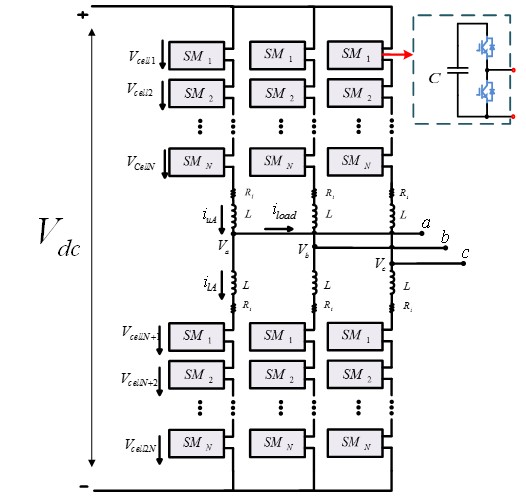 In Step F, as shown in Fig. 2, stress control and minimization are applied to the power module to further improve its reliability and complete its electrothermal design. Here it specifically shows how the amplitude of the converter (phase-leg) circulating current, and the switching frequency of the power modules influence the reliability of the latter. This figure also shows that reducing the circulating current by the use of an appropriate control system can adversely affect the two components of the IGBT failure rate; namely the thermal and cosmic-ray dependent, which also affects the capacitor failure rate that was successfully reduced. The switching frequency range is investigated to ensure the compliance of the grid THD codes, where the switching frequency reduction also adversely affected the two components of the IGBT failure rate, and was shown to increase the failure rate of capacitors. Similar to previous analyses, the Markov Chain models were used extensively (Step D) to aid in the investigation and comparison of alternative circulating current controllers and the switching frequency selection, seeking the best possible solution. 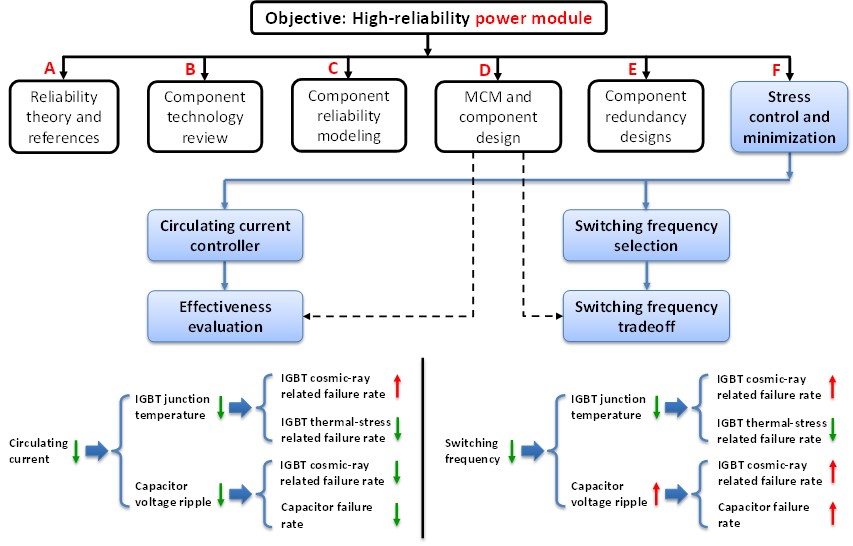