Fig. 1. Notional MEA subsystem structure
As aircraft-installed electrical power continues to increase, maintaining the advantages of the MEA approach highly relies on the ability to design low-weight on-board electrical network and power electronic conversion systems. However, design and integration of the power system still follows the legacy standards, where locally optimized individual components may not result in optimum system. This paper presents an attempt at exploring the advantages and barriers to integrated design where subsystem interactions are accounted for and the power system is optimized as a whole. As an example, the weight of a notional subsystem of the MEA electrical power system - consisting of a dc bus, a rectifier, an ECS, and an EMA - is studied and optimized as a function of the dc bus voltage, while taking into account the power quality, EMI, and stability constraints. Although the example follows a traditional (decoupled) design approach, the individual component modeling and design processes are formalized with similar structures, so that future system-level integrated design by optimization can be evaluated. 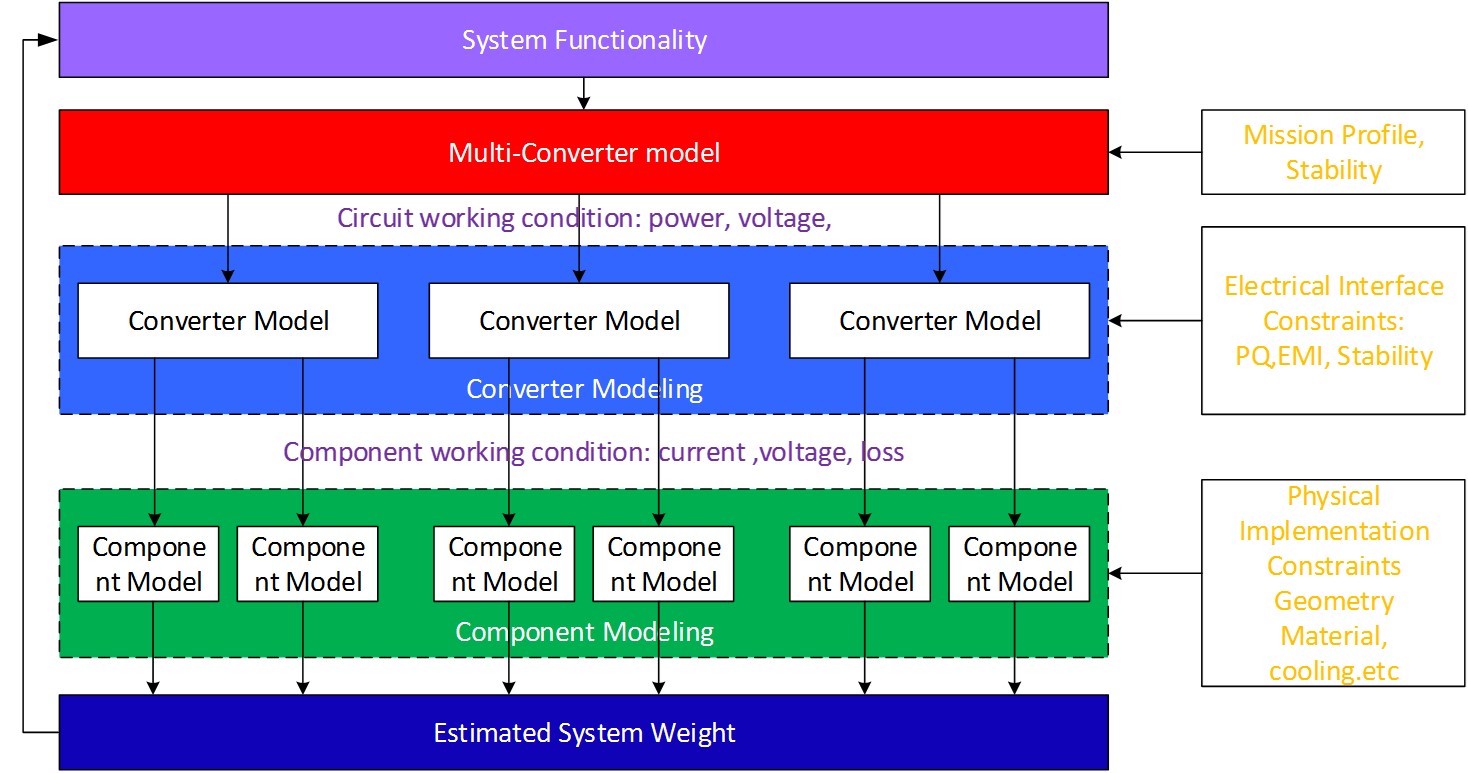 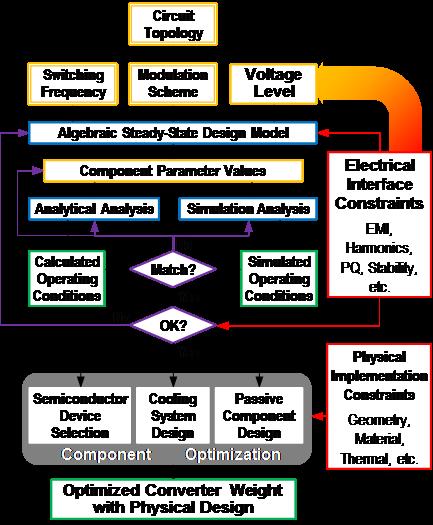 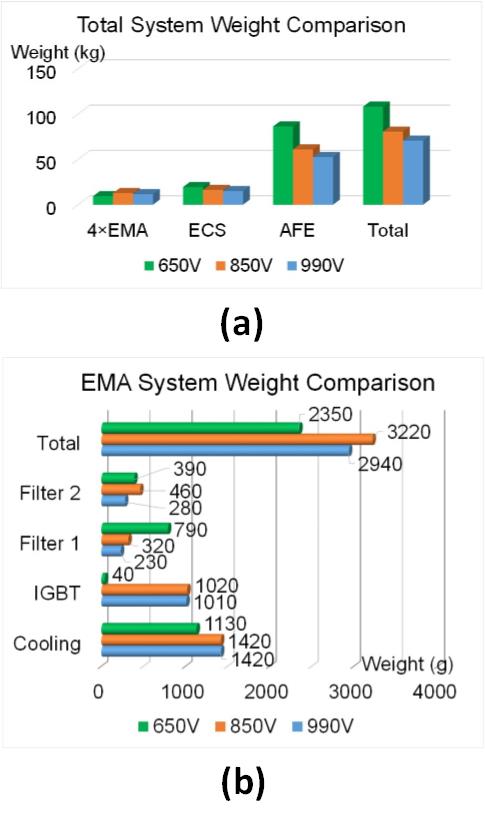