Characterization and comparison of the latest generation of 900-V and 1.2-kV SiC MOSFETs 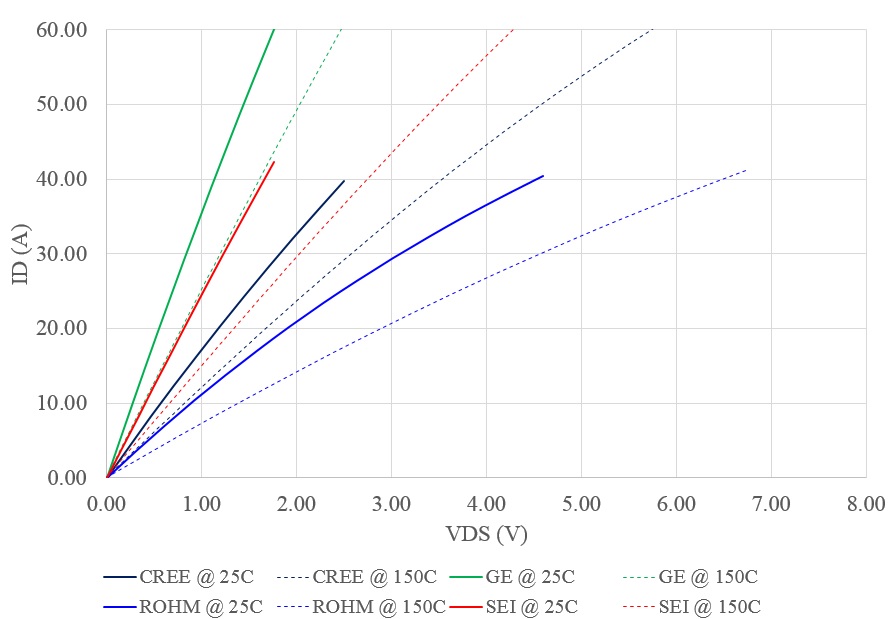 Fig. 1. Output characteristic of the devices under rec-ommended VGS in each case.
The wide-bandgap semiconductors such as silicon carbide (SiC) seem to be game-changing devices in medium- and high-power applications, where they enable operation at higher switching frequencies by switching faster and having lower conduction losses and resilience to higher junction temperatures. Moreover, in comparison to Si semiconductors the SiC devices have high thermal conductivity and a high breakdown field, and they show better performance. These advantages have led to the commercialization of various SiC power semiconductor devices in past years, and hence SiC switches are the target of a tremendous amount of research.

With the emergence of the newer generation SiC devices, the question that arises is how the performance of the new generation of devices from different manufacturers compare to each other. Thus this paper characterizes and compares the room-temperature and high-temperature performance of the latest generation of discrete 900-V and 1.2-kV SiC MOSFETs from four well-known manufacturers: CREE, ROHM, GE and Sumitomo Electric Industries (SEI). The Cree MOSFET is in a D2PAK package and the rest are packed in To-247 packaging.

A complete static and dynamic characterization is done on all devices at four different temperatures; 25°C, 100°C, 150°C and 200°C; feeding each device with the gate-to-source voltage recommended by the datasheets. The recommended gate-to-source voltages are -4/ 15V, -4/ 18V, -4/ 18V and -5/ 15V for CREE, ROHM, GE and SEI SiC MOSFETs, respectively.

The output characteristics of the devices at their corresponding recommended gate-to-source voltages and two temperatures, 25°C and 150°C, are shown in Fig. 1. It is clear that the GE device has the smallest on-state resistance, while the ROHM semiconductor has the highest. The double-pulse test setup used to test the devices up to 200°C is shown in Fig. 2. This setup includes the actual double-pulse tester, an IGBT desaturation protection board used to protect the setup from possible DUT failure, and a hot plate, which is used to heat the device up to the desired temperature. 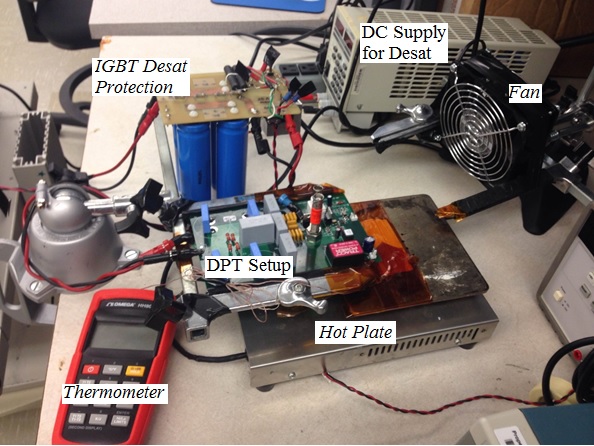