Fig. 1 Fundamental solution to solve capacitance mismatch issue
In the cascode configuration shown in Fig. 1, junction capacitances of the two devices play an important role in the dynamic performance of the cascode device. Capacitance mismatch between the high voltage GaN and the low voltage Si MOSFET may induce several undesired features, such as when the Si MOSFET reaches avalanche during the turn-off transition in every switching cycle, and the high voltage GaN switch loses zero-voltage switching (ZVS) turn-on internally even when a ZVS technique is applied.

This paper presents another issue related to the capacitance mismatch in the cascode GaN devices which would cause device and circuit failure. The parasitic ringing during the turn-off transition may trigger the GaN device to internally turn on at the high current turn off condition. The parasitic resonant impedance network changes when GaN is turned on and it absorbs more energy from the source. The resonant amplitude gradually increases and becomes divergent oscillation. This phenomenon may result in failure for the cascode GaN device and other circuit components.

One way to avoid the divergent oscillation is to parallel a RC snubber circuit which dissipates higher energy and is not suitable for high frequency operation. A fundamental solution to solve this issue is to add an additional capacitor CX as shown in Fig. 1. Considering all the parasitic inductance induced by adding CX, the position of CX is critical to achieving optimal performance. Two possible packaging diagrams for integrating CX are shown in Fig. 2, and both are analyzed in detail in this paper. Packaging B has a much better performance. Experimental verification results are shown in Fig. 3. The proposed method extends the high current turn-off capability and improves device performance significantly. 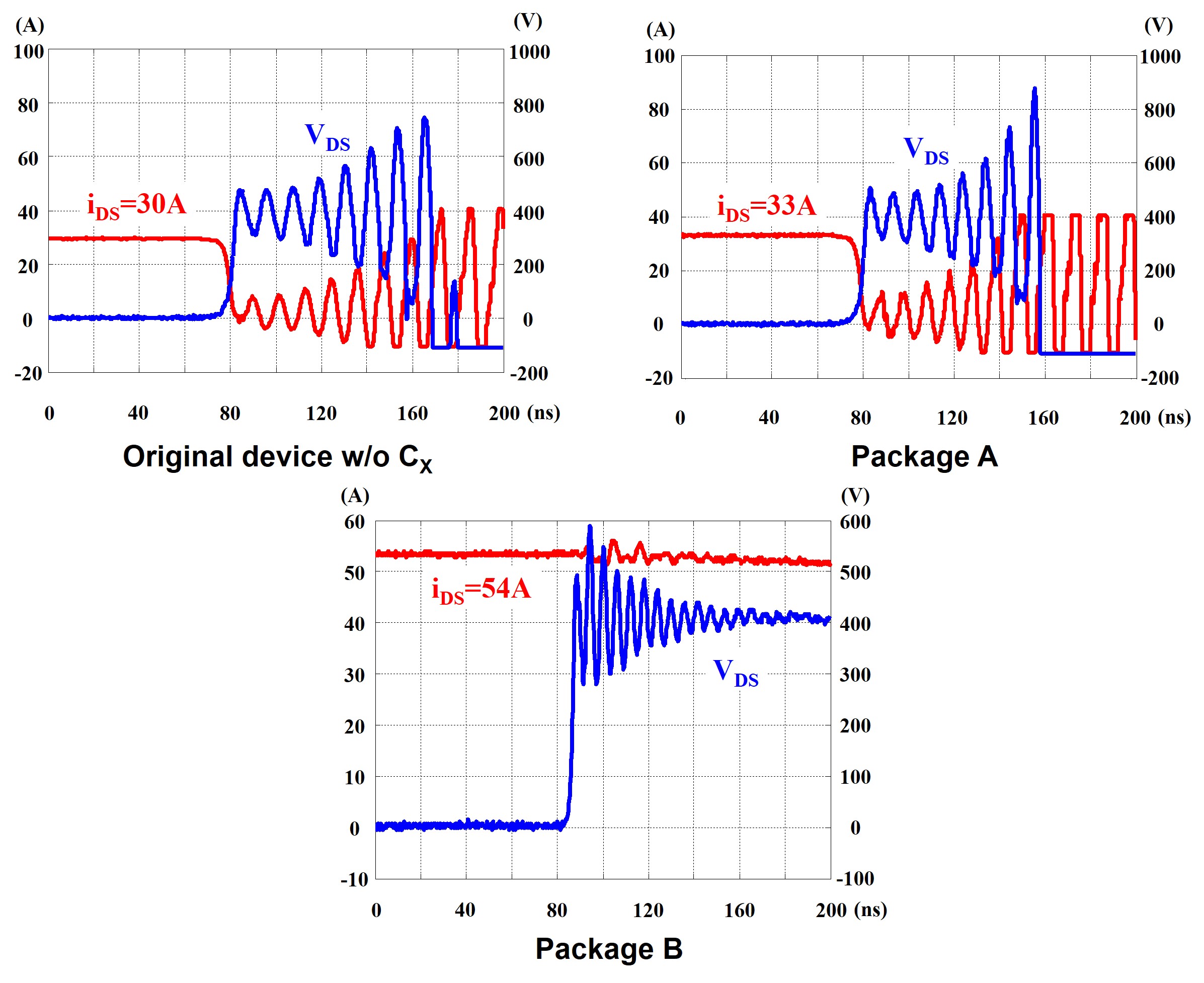