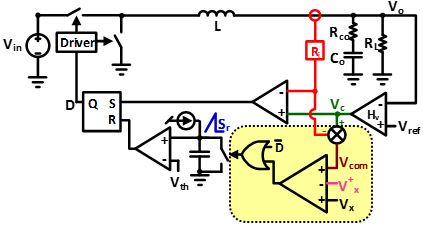 Fig. 1. COT with single-cycle transient improvement in yellow.
For DC-DC converters, variable-frequency controls are widely used to improve the light-load efficiency, increase transient-response speed, and reduce the amount of output capacitors by utilizing high-bandwidth designs. One popular variable-frequency control is the Constant On-Time control (COT). COT control achieves variable frequency by utilizing a fixed on-time (Ton). As the input and output of the system varies during operation, the frequency changes automatically to meet the load demand. However, the response speed when transient occurs is limited by the fixed Ton and multiple cycles are needed to achieve the new steady-state.

Experimental results for the proposed state-trajectory control with single-cycle response for COT is obtained by making external modifications to the TPS5960 evaluation board by Texas Instruments after three 470uF bulk output capacitors are removed. For single-phase operation with Vin=12V, Vref=1.2V, and using the on-board 32A dynamic load, the performance of COT with single-cycle modifications is shown in Fig. 3. After the load step-up transient is detected, COT with single-cycle is able to go from one steady-state to another steady-state much faster than the conventional COT. 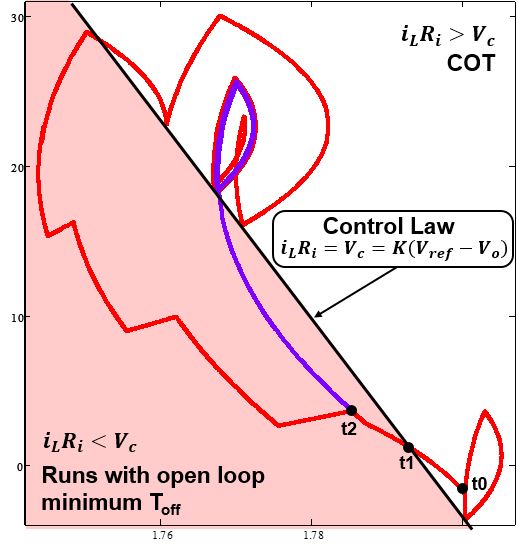 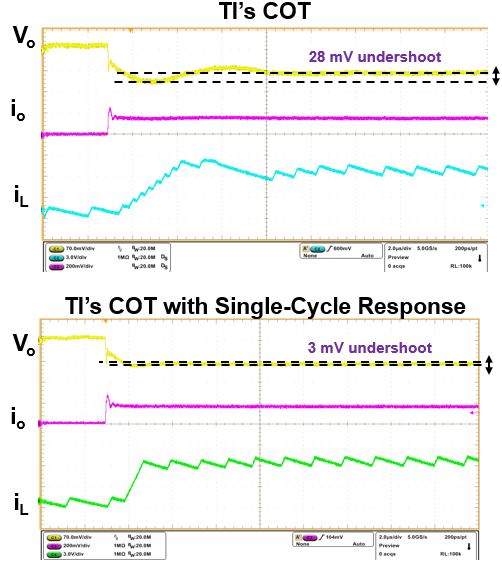